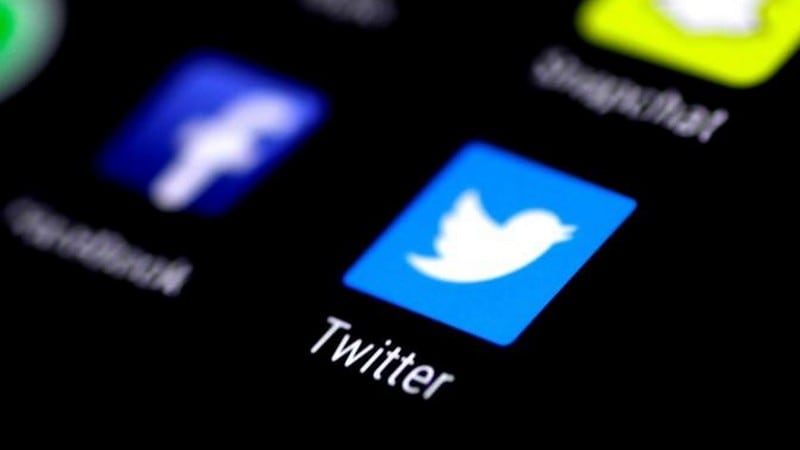 Facebook and Twitter unveiled fresh crackdowns on misinformation campaigns from Russia and Iran as analysts warned of more efforts to manipulate public debate ahead of the November US elections.

Facebook announced late Tuesday it removed more than 650 pages, groups and accounts identified as "networks of accounts misleading people about what they were doing," chief executive Mark Zuckerberg said.

Separately, Twitter said it suspended 284 accounts "for engaging in coordinated manipulation," adding that "it appears many of these accounts originated from Iran."

Moscow repeated its denial of any effort to manipulate social media firms. There was no immediate comment from Tehran on the crackdown.

Both social networks said they were working with law enforcement and stepping up security.

The Facebook action was prompted by research from cybersecurity firm FireEye regarding a collection of "Liberty Front Press" pages on the social network and other online services.

The Iranian effort appeared to be "to promote Iranian political interests, including anti-Saudi, anti-Israeli, and pro-Palestinian themes," FireEye said.

Undeterred
Former Facebook security chief Alex Stamos said in a blog post Wednesday that gaping holes remain in online platforms and that not enough is being done to counter foreign interference.

"The revelations are evidence that Russia has not been deterred and that Iran is following in its footsteps," Stamos wrote on the Lawfare blog.

"This underlines a sobering reality: America's adversaries believe that it is still both safe and effective to attack US democracy using American technologies and the freedoms we cherish."

Stamos, who left Facebook this month to join Stanford University, said that "the United States has broadcast to the world that it doesn't take these issues seriously...While this failure has left the US unprepared to protect the 2018 elections, there is still a chance to defend American democracy in 2020."

Olga Polishchuk, a threat researcher with the cybersecurity firm LookingGlass, said she expected more of the same from Russia despite this week's crackdowns.

Russia employs "an army of hackers" who are well-versed in American culture and are well-funded, Polishchuk said.

"These groups operate day and night," she said. "Their obfuscation techniques are very sophisticated."

Polishchuk said Russia's hacker army is not likely to be deterred by the shutdowns or even indictments of Russians for computer hacking.

"They are so committed to pushing the country's agenda," she said.

In Moscow, a government spokesman denied any manipulation campaign, telling journalists that "we don't understand what the basis is" for the accusations.

The actions by Facebook and Twitter come days after Microsoft said it seized websites linked to Russian intelligence that sought to meddle in US political debate.

"I am deeply concerned about further abuse of these platforms," she said.

"I still do not think they have dedicated enough resources in this area."

Grygiel said she believes most social media companies failed to consider the potential for manipulation as they expanded.

"Their business models have been flawed from the beginning," she said. "They have not had enough infrastructure to deal with content moderation, and it is harmful to society and democracy."

Repeat effort by Facebook
For Facebook, it was the second time in less than a month that it acted against manipulation, following the shutdown in late July of 32 fake pages and accounts involved in an apparent coordinated effort to stoke hot-button issues ahead of November midterm US elections.

The social network giant said content from some of the pages shut down in the latest move was traced back to Iran, while others were tied to groups previously linked to Russian intelligence operations.

Zuckerberg cited two separate sets of campaigns, including one with ties to Iran's state-owned media and another apparently linked to Russian military intelligence services.

The accounts, some on Facebook-owned Instagram, were presented as independent news or civil society groups but were actually working in coordinated efforts, the company said.