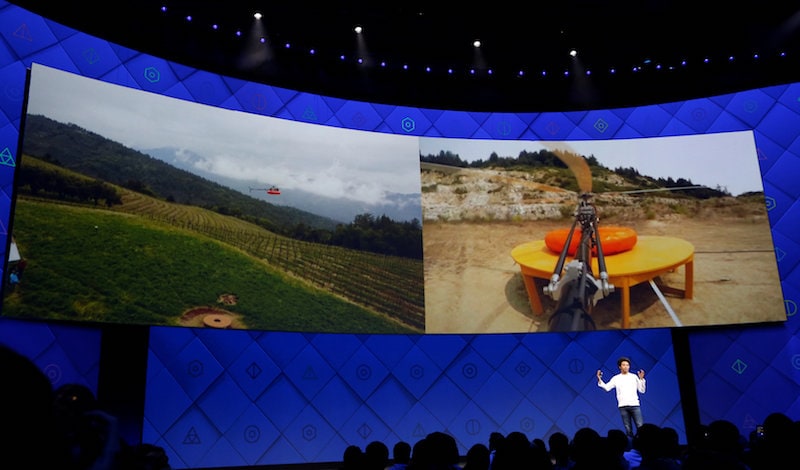 Facebook's ongoing annual developer conference F8 2017 moved into its second day on Wednesday. While Day 1 was mostly about augmented reality, Facebook Spaces VR, Places Graph and improvements to Messenger, Day 2 continued to see more announcements from the company in the field of AR, virtual reality, 360 videos and more.

We look at some of the biggest announcements from F8 2017 on Day 2 and what you can expect to see in the near future.

360 Capture SDK
As part of the 360 Capture SDK, Facebook also announced a new developer tool that makes it easier to record and share experiences in VR, which uses cube mapping to retain high image quality. This, the company says, is a lot more efficient than the stitching method that requires time to edit and put together. Notably, this method promises to maintain the same quality as the original 360-degree or VR experience.

With the new SDK, VR experiences can be instantly captured in the form of 360 photos and videos and uploaded on News Feed or VR headset.

In order to get the highest quality in a 360-degree video, Facebook has developed three technologies. The gravitational view-prediction model uses physics and heat maps to better predict where to next deliver the highest concentration of pixels. It also improves resolution on VR devices by up to 39 percent. An AI model can intuit the most interesting parts of a video to support prediction for streaming to VR and non-VR devices. Lastly, a new encoding technique, called content-dependent streaming improves resolution on non-VR devices like your smartphone by up to 51 percent.

Giphy for all
Facebook on Day 1 of the F8 conference announced a suite of developer tools for Facebook Camera which will offer users options like photo frames, interactive effects, and masks using augmented reality technologies. To add to its AR efforts and to further compete against Snapchat, the company also announced that Giphy will be available widely in Facebook Live, Camera, and Messenger for iOS and Android.

Giphy support for Facebook Live will let you access a vast trove of animated images and add it to a live stream. Additionally, the company also makes this interactive by allowing the broadcaster to tap on hashtags in the live comments and have it appear on the video.

Type with your mind, hear with your skin
Facebook CEO Mark Zuckerberg on Day 2 announced a team called Building 8 which is trying to work on some pretty radical new ideas. One of them involves typing with the mind while the other means to to hear with the skin. The social media giant wants is looking at creating "silent-speech interfaces" based on sensors with the aim of of typing 100 words-per-minute straight from your brain. Such a technology would allow you to send messages by thinking instead of typing.

The Building 8 team also wants to let people "hear" through their skin, although this technology is still a few years away to be fully realised. The team says that it is theoretically possible to "feel" vibrations of words through the skin. Facebook executive and former DARPA director Regina Dugan said that the company has developed a basic system that could let you feel vibrations that correspond to words, but will still still be years before such technology works as imagined.

Tether-tenna
Mark Zuckerberg has long emphasised the company's goal to reach everyone. Facebook, as the biggest social media platform today, has launched tools like Safety Check in the past to allow users to connect and inform in times of natural disasters. In an effort to further bring support during emergencies, Facebook announced it's developing small helicopters that can deliver Internet access to areas that don't have a cellular infrastructure or have been damaged. The helicopter, that's being called 'Tether-tenna,' will hook up a fibre line and draw electricity, and will then be able to broadcast a signal hundreds of feet in the air.

Not only is the Tether-tenna being developed to help during emergencies, but is also being tested to stay in the air over a long period of time so as to provide perpetual Internet access in areas that have none.