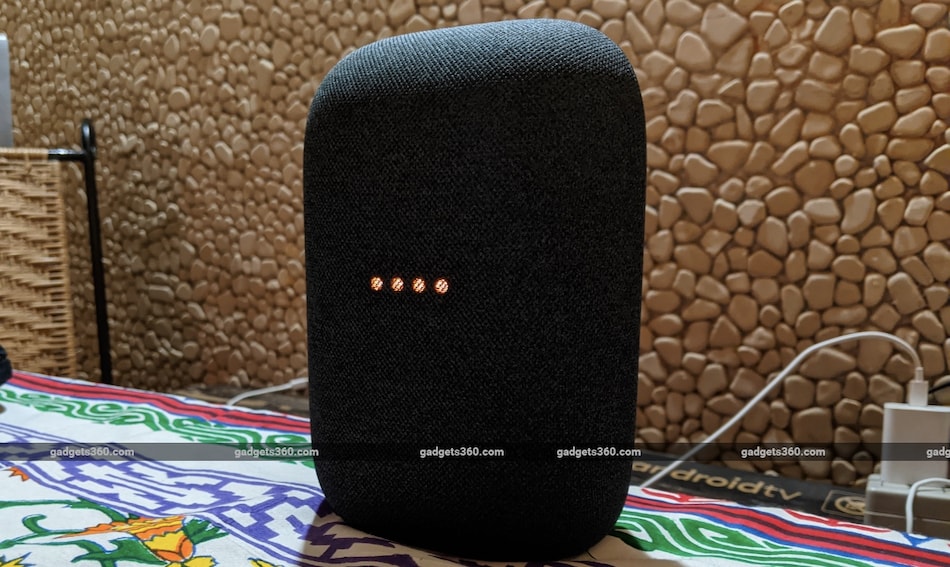 Google’s latest smart speaker is priced at Rs. 7,999 in India

Google's smart speakers have been called many names, starting with the Google Home, which launched globally in 2016. Going up against Amazon's Alexa-powered Echo speakers, the Google range will suit you better if you're heavily invested in the Android and Google ecosystem, or have IoT gadgets that are listed to work with Google Assistant. The smart stuff aside, you also want the speaker to sound good, and that's exactly what Google is promising with its newest smart speaker, the Google Nest Audio.

Priced at Rs. 7,999, the Google Nest Audio is the long-awaited successor to the Google Home. It's a full-sized smart speaker that looks fresher, feels better, and promises better sound, along with reliable access to Google Assistant and all its linked functions and services. Google states that the Nest Audio is 75 percent louder than the Google Home, with 50 percent stronger bass, and these are claims I've been looking forward to testing for myself. Read on to find out everything you need to know about the Google Nest Audio, in our review.

The original Google Home had quite a polarising design, with an odd combination of fabric, bare plastic, and a slanted top that made it look out of place in some homes. The Google Nest Audio looks and feels more like recent Nest products, resembling the Google Nest Mini which was launched in late 2019. There's nothing adventurous going on here; the speaker is fabric-wrapped and entirely symmetrical from all angles.

This is a good thing, in my opinion, since this gives the speaker a sense of sophistication and the ability to blend in with your decor. The grey Charcoal colour option almost looked like a small rock from afar, and has no visible buttons or lights at the front or top in normal operation. You can also choose the white Chalk option if you like. Indicator lights shine through the fabric at the front, while the top is touch-sensitive to let you control music playback and volume. The microphone slider switch is at the back, as is the sole Google emblem.

Like most smart speakers, the Google Nest Audio doesn't have a battery. The included power adapter plugs into the back of the speaker, and you need to be continuously connected to power for the Nest Audio to work. The device has three far-field microphones that allow it to hear the wake command and subsequent instructions.

The Google Nest Audio has a 75mm mid-woofer and 19mm tweeter for sound. Connectivity is through Wi-Fi (2.4GHz/ 5GHz) and Bluetooth 5, and there is built-in Chromecast for audio casting from compatible devices. There's no scope for wired connectivity here at all, since there is no 3.5mm audio input.

Like other Google Assistant-powered smart speakers such as the Google Nest Mini and Mi Smart Speaker, the Google Nest Audio needs to be set up using the Google Home app. You'll have to connect the speaker to your home Wi-Fi, link it to your Google account for personalised responses, and also link services such as Spotify and YouTube Music for easy access through voice commands. Family members can be given access through their own Google accounts for voice match features and personalised responses.

Once set up, you have access to Google Assistant, which can play music through linked streaming services, answer questions through Google's extensive search capabilities, and also control linked IoT devices in your home. During my time with the speaker, I often used it to control smart bulbs and robot vacuum cleaners, and I also had Google Assistant help me with small tools such as timers, alarms, and reminders.

As the true successor to the Google Home, the Nest Audio has been a long time coming, and naturally other options launched in between have managed to push ahead of the original when it comes to sound quality. Now, the Google Nest Audio well and truly sets a new bar for smart speakers priced under Rs. 10,000. It's loud, sounds good, and functions flawlessly when connected to a stable, fast Internet connection.

You do have the option to use Bluetooth to play music. This functions even with no Internet connectivity, provided you've already paired your smartphone to the speaker when online. While this does sound decent enough, the Google Nest Audio performs best when using its Internet-based functionality, streaming music and audio directly, or Chromecast audio for casting.

Google's claims of the Nest Audio being louder and punchier aren't unfounded; this speaker indeed sounds significantly better than its predecessors, and even audibly better than the Amazon Echo (3rd Gen), which was launched in late 2019. The sound is sharp, refined, and detailed for a speaker of its size, with a sonic signature that comes across as natural and balanced, unlike the bass-heavy sound on the Mi Smart Speaker.

Listening to Hot Like Sauce by Pretty Lights, the hip-hop inspired beat was punchy and attacking, but never felt excessive or overbearing. The sampled vocal clips throughout the track were crisp and detailed, while the highs too shined through with a bit of sparkle. The sound felt wholesome and luxuriously clean, much unlike what I'd typically expect from a smart speaker.

The microphone system worked quite well for me. The Nest Audio was able to hear the wake word from across a large room, even with a bit of background noise and music being played loudly on the speaker itself. Voice commands were understood easily, and Google Assistant's voice match feature worked well to distinguish between my voice and the voices of other family members who had access.

Google Assistant's well-documented capabilities continue to grow, and the voice assistant has improved considerably over the past few years. Apart from listening to music, I had no trouble controlling linked smart appliances and devices, or getting the answers to odd bits of trivia to settle debates at home. Even from about 3m away, the device was able to receive commands and respond properly.

The Nest Audio is exactly what Google's smart speaker range needed to stay relevant. With a fresh new aesthetic, better sound quality, and the ever-improving capabilities of Google Assistant, this smart speaker is the one I recommend for less than Rs. 10,000. If you don't need the portability that typical wireless speakers offer and have a good Internet connection at home, you can't do better than the Google Nest Audio for the price.