Siri, Already Bumbling, Just Got Less Intelligent on the HomePod 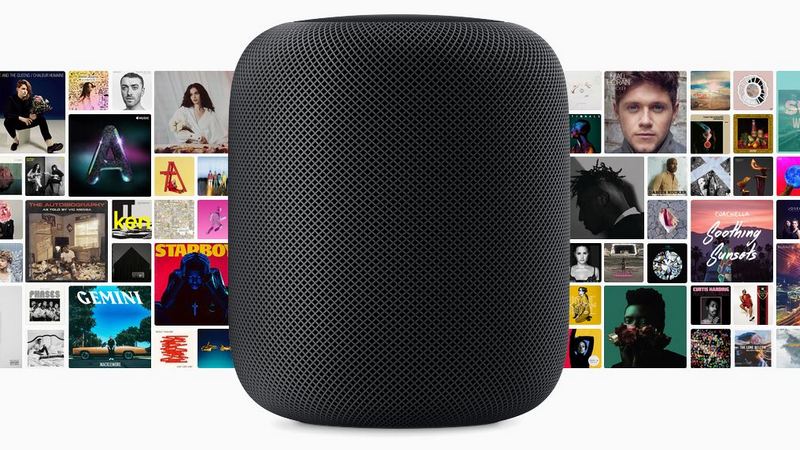 Siri, we need to talk. You're embarrassing yourself.

You were the Neil Armstrong of voice assistants. When you arrived on the iPhone in 2011, Alexa wasn't a glimmer in Amazon's eye. Google's Assistant didn't get a voice until 2016.

But what did you do with that lead? You languished as the butt of jokes while 6-year-olds all over fell in love with Alexa. Last week, you finally arrived on a product all your own called the HomePod - and you're not nearly as sharp as either Google or Alexa.

"Hey Siri, put an appointment on my calendar," I asked. No can do.

This would be a laughing matter (actually, the non-sequiturs are sometimes hilarious) if we weren't talking about the most powerful tech company in the world bumbling its way into the next big thing in consumer tech. The HomePod was Apple's chance to reintroduce Siri and win back some fans. And Siri stumbled out of the gate.

Apple's marketing says the HomePod is all about music and sound quality. I don't buy it. The HomePod isn't just a speaker - it's a computer for the home. An always-on voice you can interact with in the living room and kitchen (not to mention in the car, and on phone and laptop) is becoming the glue that binds lots of different gadgets and online services.

All talking artificial intelligences are works in progress, and I haven't given up on Siri yet. The Assistant in the Google Home and Alexa in Amazon Echo can also, at times, be clueless. Amazon CEO Jeffrey P. Bezos owns The Washington Post, but I review all tech with the same critical eye - and the same tough questions for virtual assistants.

How far behind is Siri? There are actually some numbers on that: A new study from investment firm Loup Ventures found Siri on the HomePod could correctly answer just 52 percent of 782 standardised questions. Google's Home speaker got 81 percent right, and Amazon's Echo got 64 percent.

In those tests, the HomePod was weakest on questions about navigation and general information. (Their test didn't include smart home control, an area where Apple lags Amazon in the range of compatible devices.)

The HomePod is the first major product where Siri is the primary interface, so I expected HomePod Siri to be the best Siri. But no: Apple dropped capabilities Siri has on other devices. HomePod Siri can't send emails, place calls or hail an Uber, even though Siri can on the iPhone. The HomePod can't pass maps or pictures or other information to your iPhone or iPad, even though you must have one to set up the thing. It treats the Apple TV like a distant cousin.

Another mystery: iPhone Siri has the ability to understand only my voice, so others can't activate it from across the room. But HomePod Siri treats everyone the same, causing potential privacy issues if someone else asks to listen to the HomePod owner's messages.

Google and Amazon are already using voice control and AI in the living room to push the boundaries of online services. Their speakers serve as intercoms, shopping buddies, TV remote controls, and hide-and-seek partners for your kids. Surely Apple wants this, too - it just didn't deliver on it in the first HomePod.

What happened? I'm not saying any of this tech is easy. Apple has been improving Siri behind the scenes, but perhaps Apple couldn't get features finished in time for the HomePod's launch, which was already delayed once. Apple's premium price and reputation for quality also raises the stakes: Even when Siri is 90 percent of the way there, we only remember the 10 percent it gets wrong.

So Apple restricted the scope of the HomePod's intelligence, at least for now. On the speaker, Siri's best skill is playing musicologist. It can create certain kinds of playlists on the fly and give you some music trivia. Better music might be a point of entry for people buying smart speakers, but it's not Apple's end game.

"They can stick to their talking points about what is unique about the HomePod, and use that as a way to distract the conversation," says Gene Munster, a managing partner at Loup Ventures and longtime Apple analyst. "But their ambitions in the living room are around voice."

Siri's wobbly arrival leaves the HomePod in unusual territory for Apple customers: A new type of Apple product that isn't 10 times better than the competition on day one. Without the smarts to match its sound quality, it's harder to stomach the HomePod's other demands for complete and utter loyalty to Apple. You can only command Apple Music by voice, not rivals Spotify or Pandora. You can't connect it to an Android phone. You can't even use it as a basic Bluetooth speaker.

But I take hope in this: Loup, which has been running its tests since 2014, says despite the HomePod's last-place finish, Siri's intelligence on the iPhone actually has improved markedly in the last year on the iPhone. In January raised its grade from a D+ to a C, beating out Alexa (but not Google Assistant).

And Apple put a fast A8 chip in the HomePod - the same brain as in the iPhone 6 - making it potentially more powerful than the Amazon Echo and Google Home. Apple missed this moment to get us to think different about Siri, but clearly, it has more up its sleeve.