CyberDog packs 11 sensors that provide feedback to guide its movements. 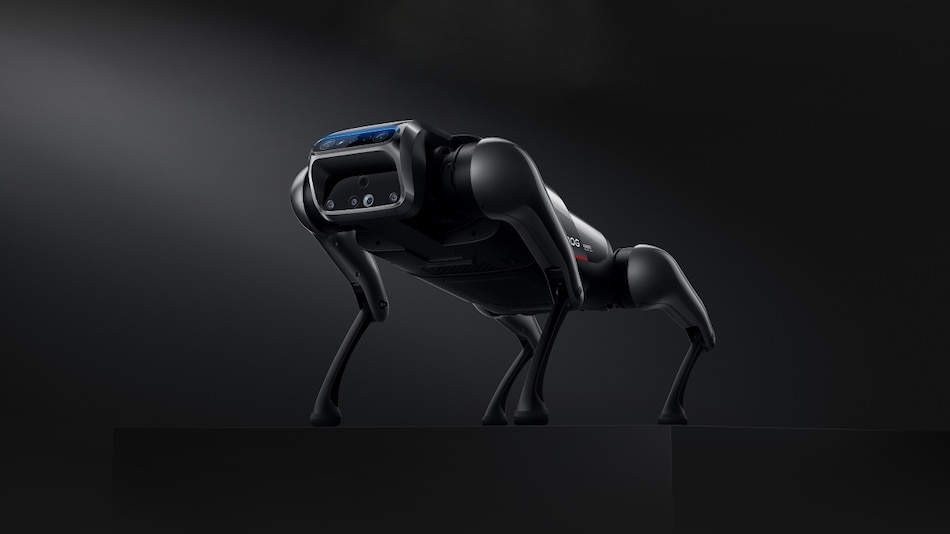 Xiaomi showcased the quadrupedal robot named CyberDog in India on Monday. The robot, powered by Nvidia's Jetson Xavier AI platform has 11 high-precision sensors including touch sensors cameras and GPS modules to sense and interact with its environment. The Xiaomi CyberDog comes with 128GB of SSD storage and it can respond to voice commands. It recognises wake-up commands and can be controlled using the bundled remote or a connected smartphone app. The CyberDog will be displayed in Mi Homes across Delhi, Mumbai, Bangalore, Chennai, Kolkata, and Ahmedabad. The CyberDog was unveiled initially at the Mobile World Congress (MWC) 2022 in February.

Xiaomi says the CyberDog is agile and can adapt to complex terrain easily. It has 11 sensors, including cameras, GPS modules, and touch and an ultrasonic sensor to process data. Further, the CyberDog features an array of camera sensors including AI-based cameras, binocular ultra-wide-angle fisheye cameras, and an Intel RealSense D450 depth module for object tracking and creating a navigation map by eliminating obstacles. Powered by Xiaomi's in-house servo motors that generate up to 32Nm of torque and 220 revolutions per minute rotations, the CyberDog is claimed to offer movements up to 3.2 metres per second and is said to perform actions such as backflips.

It has support for voice commands-based control and is claimed to recognise wake words and instructions. The robot can be also controlled via a remote or a smartphone app. For connectivity, the robot features three USB Type-C ports and an HDMI port and users can pair search light, panoramic camera, motion camera, and LiDAR with the CyberDog.

The CyberDog was initially unveiled at the Mobile World Congress (MWC) 2022 held in February in Barcelona. The company will display the robot at Mi Homes across Delhi, Mumbai, Bangalore, Chennai, Kolkata, and Ahmedabad in the coming days.

What are the best tablets? We discuss this on Orbital, the Gadgets 360 podcast. Orbital is available on Spotify, Gaana, JioSaavn, Google Podcasts, Apple Podcasts, Amazon Music and wherever you get your podcasts.
Comments