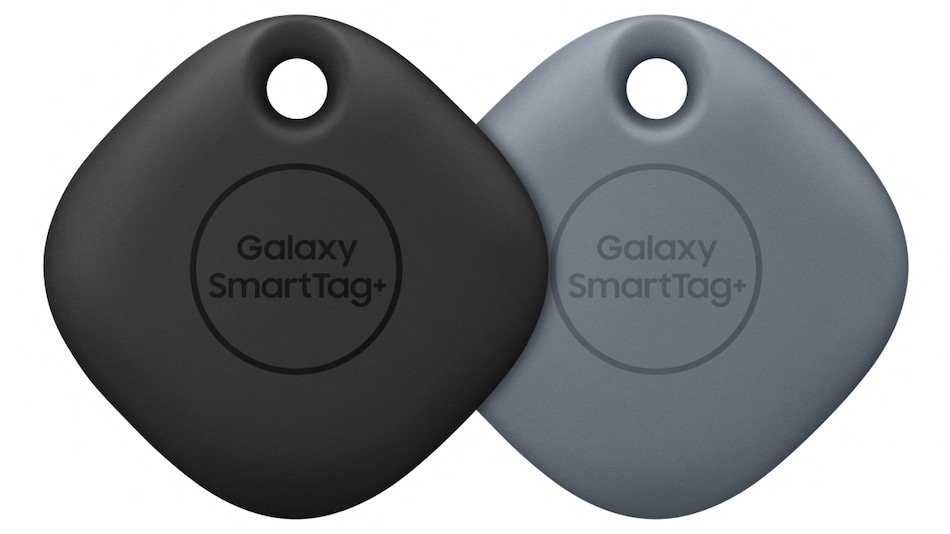 Samsung Galaxy SmartTag+ has been launched with Bluetooth Low Energy (BLE) and ultra-wideband (UWB) technology to help its users find lost things with greater accuracy. The Galaxy SmartTag+ is a souped-up version of the Galaxy SmartTag that was launched earlier this year at the Galaxy Unpacked 2021 virtual event. At that time, the South Korean company did not delve out much information about the Plus variant, and even its availability was not known. Samsung says that the new tracker uses augmented reality (AR) technology to visually guide the user towards a missing item.

At the launch event in January, Samsung announced that the Galaxy SmartTag+ price has been set at $39.99 (roughly Rs. 3,000) for a single unit or $64.99 (roughly Rs. 4,800) for a two-unit pack. As per a blog post by Samsung published on April 8, the Galaxy SmartTag+ is announced to be progressively available from April 16, with US availability in the coming weeks. Details about the India pricing and availability are yet to be revealed.

“The AR Finder guides you with an easy-to-follow interface on your UWB-equipped smartphone, such as Galaxy S21+ or S21 Ultra,” the company says. This feature shows the users how far away they are from their Galaxy SmartTag+ and points them in its direction. Furthermore, if you are close enough to the tag's location, and yet can't find it, you can produce a loud ring to pinpoint its location. This is quite helpful in situations like when your keyring slips under the sofa.

Moreover, as a part of Samsung's smart device lineup, the Galaxy SmartTag+ allows you to control smart devices easily. For example, if you forgot to turn off your smart AC and you've already left the house, you can quickly turn it off with the device rather than running back home. Furthermore, Samsung SmartThings app allows the users to choose different functions when they press or hold down the tag button.