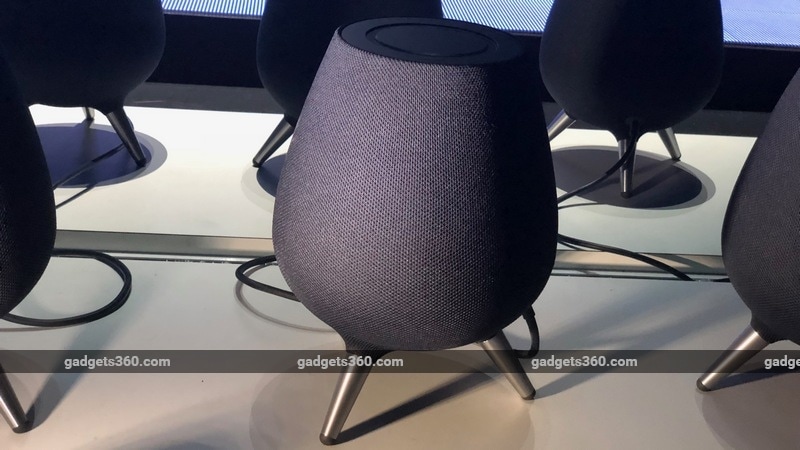 At its Unpacked event in San Francisco, Samsung unfolded its first foldable smartphone Galaxy Fold and launched the new Galaxy S10 series smartphones. The company also launched three new smartwatches and the new edition of its truly wireless earbuds. What seemed missing from the massive event was the company's rival to Apple's HomePod, the Galaxy Home smart speaker. Launched back in August last year, Samsung's Galaxy Home is now expected to launch in April this year.

Samsung's head of mobile business, DJ Koh, told CNET that the much-awaited Galaxy Home smart speaker will launch by April this year. The Bixby-powered speaker was revealed alongside the Galaxy Note 9 last year.

Samsung had shown off the Galaxy Home again at a developer conference in November last year but didn't reveal the launch timeline until now.

The Galaxy Home smart speaker aims to take on Apple HomePod with a focus towards better sound quality. Samsung says it worked with Harman, its subsidiary, to help create a speaker that offers good sound quality.

Samsung's smart speaker is powered by the company's virtual assistant Bixby. The initial demo wasn't much of a success with Samsung executives facing issues trying to get Bixby to work properly during a live demo at the launch event last year. Users will be able to control the smart speaker using voice commands. Galaxy Home will act as a hub for the company's SmartThings platform.

Galaxy Home features eight microphones that allow the speaker to listen to anyone no matter where they're located in a room. Samsung claims its smart speaker can also 'steer' the sound towards the direction of the person.

It'll be interesting to see how Samsung takes on the crowded smart speaker market. Amazon and Google are currently market leaders (in terms of shipments) in the smart speaker market with their Echo and Home speakers respectively. Apple is expected to launch a new variant of its HomePod speaker this year.

Huawei Saw Strong Growth in Q4 Even as Global Smartphone Sales Stall: Gartner
Anthem Day One Patch Out Now: Download Size and Everything Else You Need to Know