Samsung Galaxy Home was unveiled back in August last year. 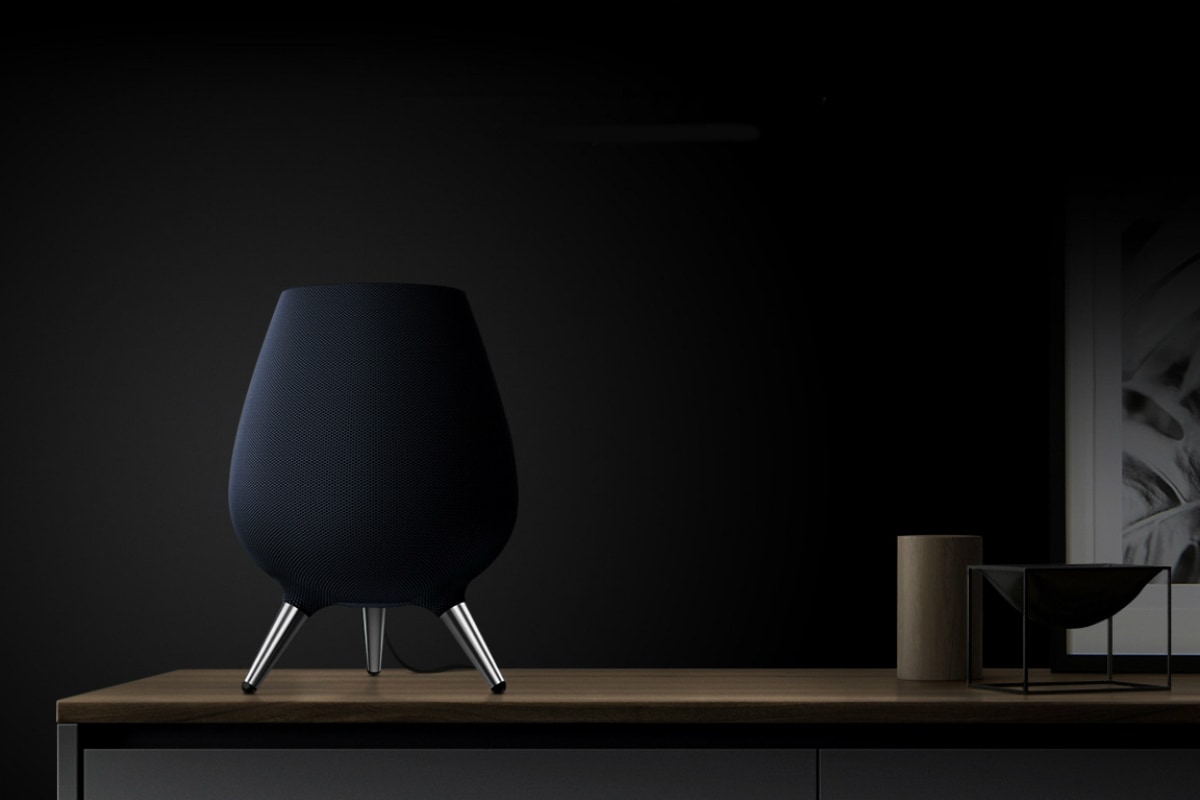 Samsung Galaxy Home, the South Korean giant's answer to the Amazon Echo, Apple HomePod, and Google Home speakers, has been delayed until the "mid-second half of the year" -- or simply the third quarter, CEO Hyun-suk Kim has revealed in a media interview. Previously, Samsung was planning to launch the Galaxy Home in April this year. The Bixby-powered speaker debuted alongside the Galaxy Note 9 last year. Notably, Samsung demonstrated the key features of the Galaxy Home at a developer conference in November.

According to a report by the Korea Herald, citing Kim, the Galaxy Home speaker is now planned to debut in the mid-second half of the year. It is said that the time frame has been considered as the third quarter by various Samsung executives. Furthermore, Kim declined to comment on the development of a smaller, portable Galaxy Home Mini speaker that was rumoured to be in the pipeline late last year.

To recall, Samsung unveiled the Galaxy Home as its in-house smart speaker with the Bixby integration and eight microphones in August last year. The speaker is touted to deliver an immersive, surround sound experience through the built-in speakers that are tuned by AKG. Also, it comes with a SmartThings hub to communicate with connected devices.

The official debut of the Galaxy Home hasn't yet been announced publicly. However, a report earlier this year quoted DJ Koh saying that the Galaxy Home speaker will launch by April this year - that date has come to pass, with no sign of the speaker.

Samsung projects the Galaxy Home as a catalyst to bolster its smart home business. The smart speaker could also help the company enhance user interactions with its Bixby assistant that is competing against the likes of Amazon's Alexa, Apple's Siri, and the widely available Google Assistant.

According to a report by Canalys, smart speaker shipments reached 78 million units globally in 2018. This shows a whopping increase of 125 percent from the 34.7 million shipments reported for 2017. Amazon and Google are so far fighting for the leadership in the segment, though the arrival of Samsung could make the competition even tougher.