The Realme Scale can weigh objects up to 350kgs. 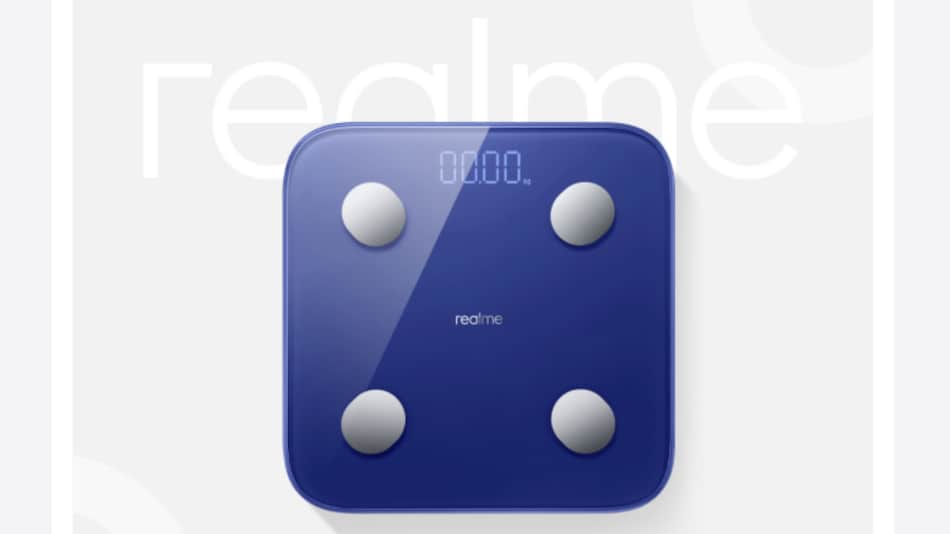 Realme Scale is the latest addition to the company's growing list of lifestyle products. The Chinese smartphone maker launched the scale at the launch event for the Realme X7 series and Realme V3 in China. According to the company, the scale can be used to measure weight up to 350kgs, and it offers a precision of 50 grams. The Realme Scale can also measure body fat with a Bioelectrical Impedance Analysis (BIA) sensor. It is also capable of measuring the users' heart rate, and the company claims that the scale can last up to a year.

The Realme Scale can be used to weigh small pets like puppies, or cats and fruits (up to 9.99 kgs)
Photo Credit: Realme

The Realme Scale has been launched alongside the Realme X7, Realme X7 Pro and Realme V3 that debuts as the most affordable 5G smartphone from the Chinese technology company. It fits in the Chinese company's 1+4+N AIoT strategy. The scale features a 6mm reinforced glass cover at the top, and comes with a hidden LED display that is said to save power.

According to the company, the scale can measure weight up to 350kgs with 50 grams precision. It is also said to last up to a year. It can only be replaced and not repaired. The scale has two modes: the first one is a pet mode that lets users weigh their small pets like puppies, cats, or rabbits which weigh up to 9.99 kgs. The scale can also be used to weigh fruits, vegetables, and other small stuff.