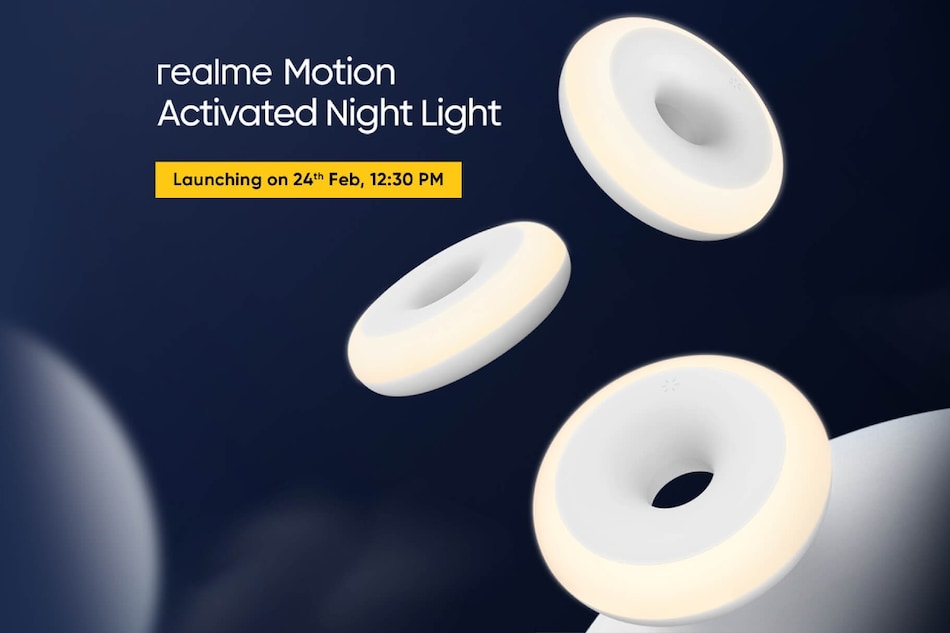 Realme Motion Activated Night Light is set to launch in India alongside the Realme Narzo 30 series and Buds Air 2 earbuds on Wednesday, February 24. The new product by the Chinese company is claimed to have built-in sensors to detect motion to light up your way automatically — without requiring you to turn the light on. The Realme Motion Activated Night Light is also rated to deliver up to 365 days of battery life. It will also come with a 2,800K diffused warm lamp.

To reveal the key details about the Realme Motion Activated Night Light ahead of its launch, Realme has created a dedicated microsite. It shows the circular-shaped Motion Activated Night Light with an Infrared (IR) motion sensor that is claimed to cover an area of 120 degrees and detect motion to light up the way automatically once someone passes or walks in. The light also has an auto-off feature that turns off the light after 15 seconds of detecting the last motion. Further, there is a light sensor that could be used to adjust the amount of lighting.

The Realme Motion Activated Night Light uses three AAA batteries as the power source. The company claims that the bundled batteries can last for 365 days.

Realme has provided a 2,800K warm lamp on the new offering that comes along with two brightness modes. There are also three magnets that let you easily attach the light to a metal surface such as a refrigerator. Alternatively, you can hang it or paste it — depending on your preference.

Although the pricing of the Realme Motion Activated Night Light is yet to be revealed, it isn't likely to be more than Rs. 1,000 in the Indian market.