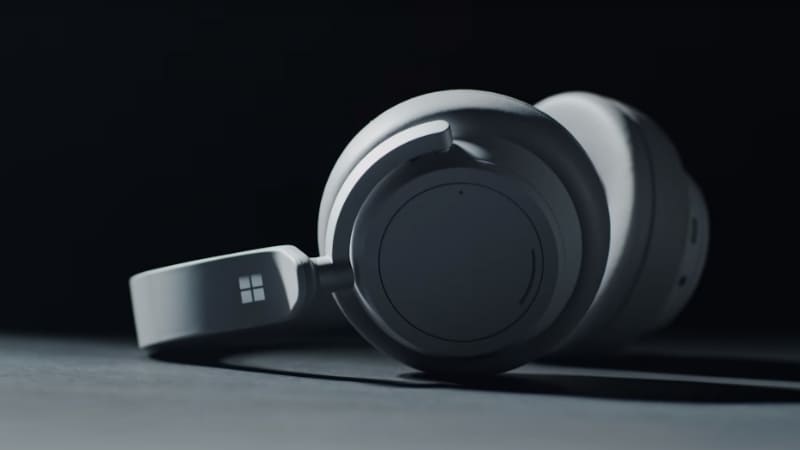 Alongside launching the Surface Laptop 2, Surface Pro 6, and Surface Studio 2, Microsoft has unveiled the Surface Headphones that come with a price tag of $350 (roughly Rs. 25,600). The noise-cancelling Surface Headphones feature an over-ear design and are equipped with 40mm Free Edge drivers that are designed to deliver optimised sound. The headphones are also claimed to deliver up to 15 hours of playback time on a single charge. Further, there is USB Type-C interface along with fast charging support that is touted to deliver almost an hour of music in just five minutes of charge. Unlike the black-coloured Surface models that the Redmond giant unveiled at its Surface event, the Surface Headphones come in light grey colour. They also have the Cortana integration to let you control your music, read your emails, or even begin a conference call.

The Surface Headphones have the Cortana integration that can be activated using "Hey Cortana" hotword. You can use the integration to control your music or pass commands to let Cortana read your emails or establish a conference call. The headphones also automatically pause music when removed from the ears. This works similar to Apple AirPods.

The 40mm Free Edge drivers on the Surface Headphones have a frequency response between 20Hz to 20kHz and sound pressure up to 115 dB. Microsoft claims that the Surface Headphones deliver up to 15 hours of battery life with music playback over Bluetooth, ANC on, and hands-free Cortana enabled. The headphones take less than two hours to fully charge the built-in battery. Furthermore, the Microsoft headphones measure 204x195x48mm and weigh 290 grams (0.64 lbs).

The Surface Headphones will go on sale in the US "later this year". However, there is no word on their global debut. CNet reports Microsoft has taken three years to develop the headphones that are designed to take on the competitive offerings by Bose and Sony.