Mi LED Smart Bulb Launched in India, Will Go Up for Crowdfunding on Friday 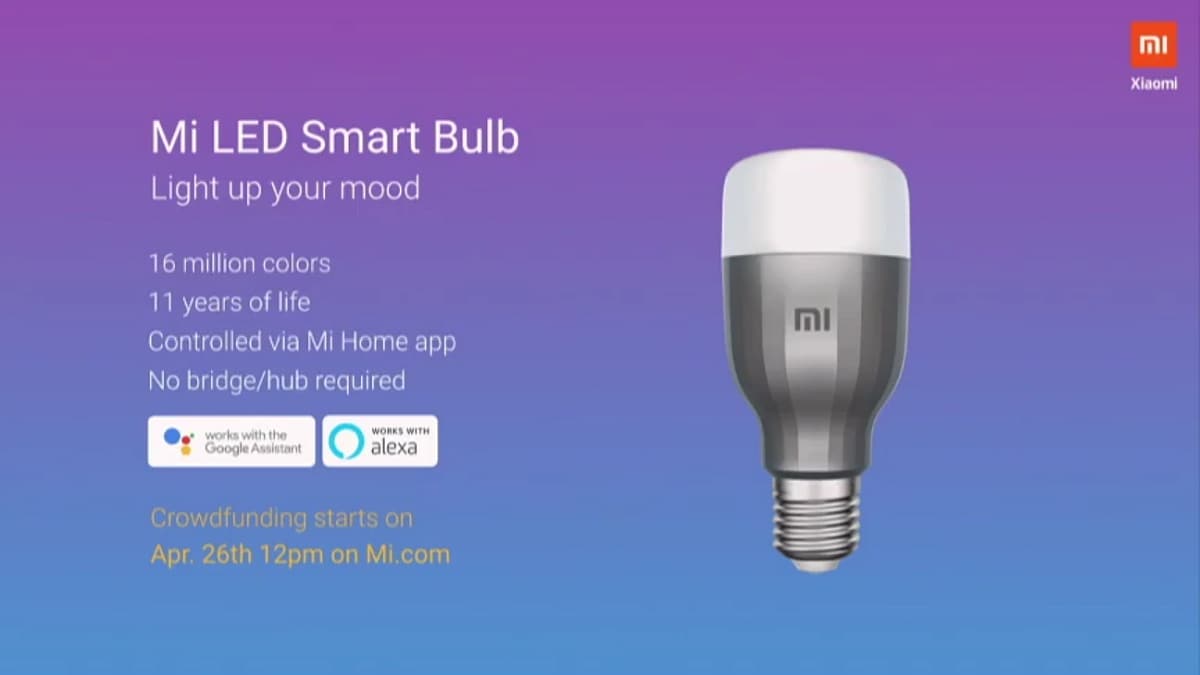 Mi LED Smart Bulb has been launched in India, at Xiaomi's New Delhi launch event for the Redmi Y3 and Redmi 7 on Wednesday. The smart bulb supports with both Amazon's Alexa voice assistant, as well as Google Assistant. Other features of the Mi LED Smart Bulb include support for 16 million colours, and a claimed ‘11-year' lifespan. The company is also touting that no bridge or hub is required to use the Mi LED Smart Bulb, and that it is controllable via the Mi Home app. The Internet of Things (IoT) device will be available via crowdfunding on Mi.com, Xiaomi announced at the launch event.

As we mentioned, alongside the Mi LED Smart Bulb, Xiaomi on Wednesday also launched the Redmi Y3 in the country, as well as the Redmi 7.

The Mi LED Smart Bulb is rated to deliver up to 11 years of life, and supports up to 16 million colours. Xiaomi says the smart bulb supports both Alexa and Google Assistant voice assistants, and adds that it is controllable via the Mi Home app without requiring an additional bridge or hub for wireless connectivity. The Mi Home app lets users control turn the Mi LED Smart Bulb on and off, set schedules, change brightness, and also change colour.