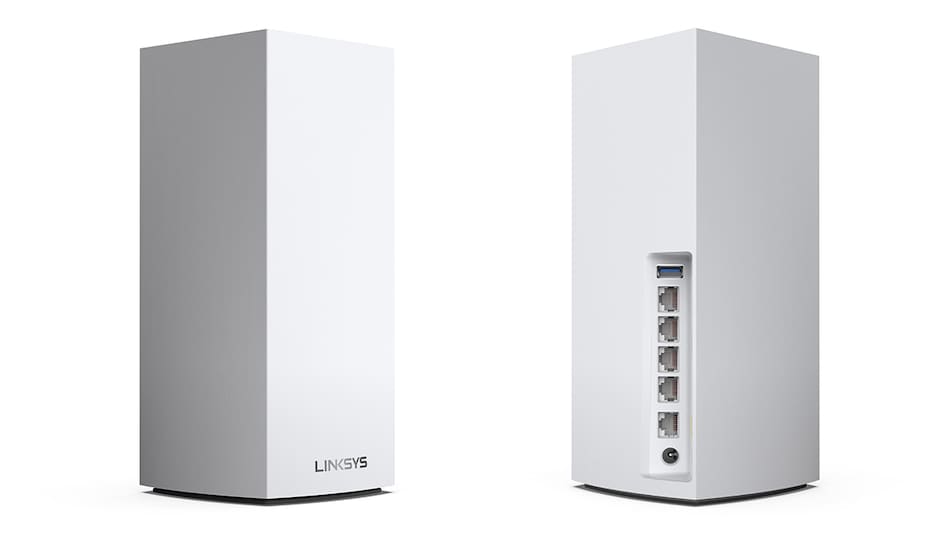 Velop MX5300 mesh router has been launched in India by Linksys. This is a new Wi-Fi 6 mesh router in India, also known as the MX5. The new model is said to be the first tri-band 801.11ax Wi-Fi router from Linksys and is compatible with other Velop mesh models too. With Wi-Fi 6, the Velop MX5300 promises up to 4x faster speeds and load handling capacity. The router is priced in India at Rs. 49,999, however Linksys is offering it at a promotional price of Rs. 34,999 on Amazon India right now.

The Linksys Velop MX5300 is based on the orthogonal frequency-division multiple access (OFDMA) technology, which promises low latency even in high-density environments. It has a coverage area of 3,000 square feet by itself or it can be clubbed with other Linksys mesh systems such as the Velop Tri-Band or Velop Dual Band, to increase the range.

The router consists of three radios — a single 2.4GHz and two 5GHz bands — for a better balance of multiple devices. It also consists of 13 internal antennas for wider coverage. There's MU-MIMO technology which allows simultaneous uploads and downloads. It's also said to have BSS technology, which promises lesser interference from nearby networks.

The Velop MX5300 features a total of five Gigabit Ethernet ports, which include a single WAN port and four LAN ports. There's a single USB port too. It also has Bluetooth 4.1 and supports beamforming with the 2.4GHz and 5GHz bands. The router measures 110x110x244mm in dimensions and weighs 1.59kg. The setup can be done through a dedicated app on Android and iOS.

“Whether it is being connected seamlessly for those endless virtual meetings or enjoying streaming content, playing online games or attending webinars, the Linksys MX5300, ensures that there is no compromise on connectivity with multiple devices working together flawlessly” said Kartik Bakshi, Country Manager, Linksys India.