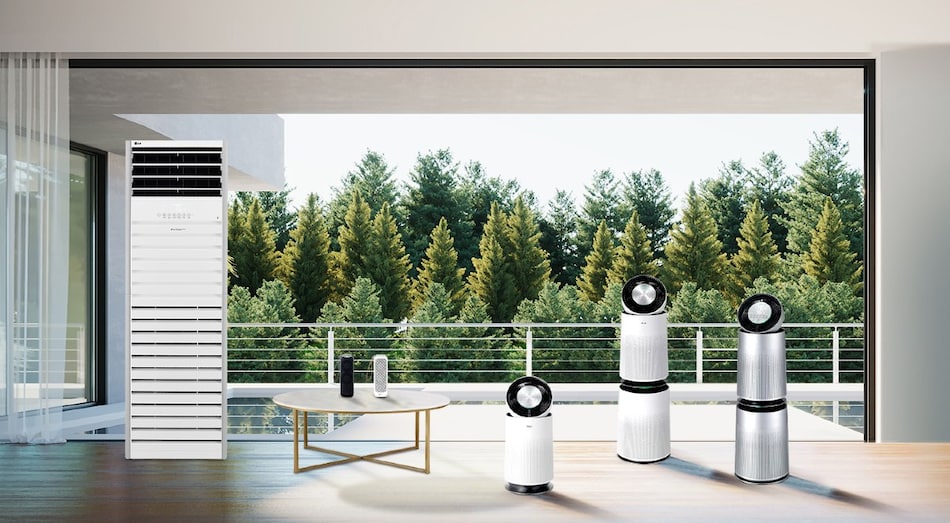 LG has introduced its new 2020 range of PuriCare air purifiers. The new range includes a PuriCare 360 Degree Air Purifier, PuriCare Mini, Puricare Pet, and Commercial PuriCare. They all come in different sizes, and offer air purification for different needs. For instance, the Commercial PuriCare is ideal for workplaces, while the PuriCare Pet is ideal for pet owners. The LG PuriCare Mini is a portable device that is easy to carry and acts as a personal air purifier of sorts.

The LG PuriCare 360 Degree air purifier has a 360-degree fan enabling pushing of air in the house. It pushes filtered airflow up to a distance of 7.5 metres via the Clean Booster feature. This feature makes the purifier fan rise and rotate to distribute filtered air throughout the room. The intelligent LED indicator system atop the LG PuriCare 360 Degree air purifier changes from red to orange to yellow to green as the indoor air quality improves, a visual indication of its effective performance.

A new addition to the LG PuriCare range - LG PuriCare Pet air purifier comes with an additional Photocatalytic Deodorization Filter to eliminate pet odours. LG touts it to be up to 55 percent more effective at this than the LG PuriCare 360 Degree. The purifier offers a new Pet Mode feature that enables it to better collect dust and stubborn strands of allergy-inducing fur and hair. The PuriCare Pet comes with an easy change pre-filter, which can be quickly detached and replaced.

As mentioned, the LG PuriCare Mini is a compact-sized air purifier for portability during travel. The air purifier is touted to weigh the same as a half-litre plastic bottle of water. It is wireless and fits easily into a bag for lugging around wherever you go. The PuriCare Mini claims to last for up to eight hours on a single charge. It comes with a strap for ease in carrying it around.

Lastly, the Commercial PuriCare is aimed for workplaces and large areas. It is touted to cover an area of up to 158 square metres and comes with two powerful fans to deliver fresh air up to a distance of 12 metres. This takes up a lot of space than the other products in the PuriCare range, but it's perfect for large workspaces, lounges, conference rooms, and cafeterias.