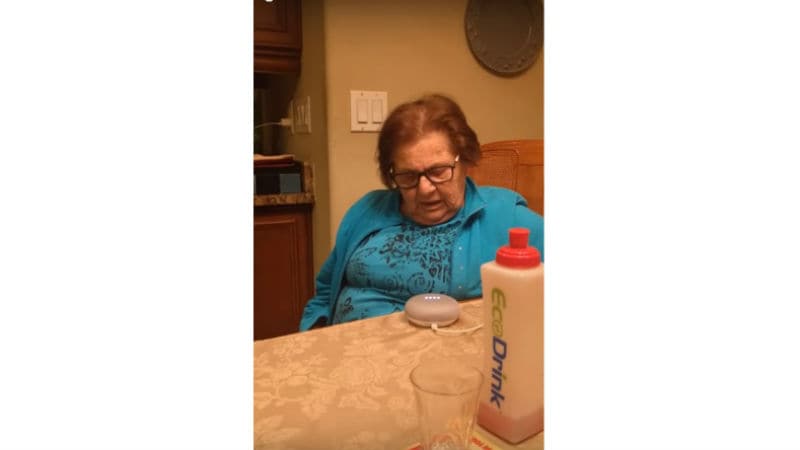 Kids may take to technology without much training, but the older generation often appears slower in adapting to the new changes. This is now more than apparent in a YouTube video that showed how frightened an Italian grandmother became when she was asked to use the Google Home Mini.

The 85-year-old woman was taken aback by the tiny smart assistant and her reactions have taken the Internet by storm.

YouTube user Ben Actis uploaded the video of his 85-year-old grandmother learning to use the device, Fortune.com reported on Saturday.

The video has been viewed by over One Million users in four days and it is now getting even faster traction as other media outlets are also sharing the video for the endearing reactions of the grandmother.

The woman appears confused by the tiny device until someone suggests that she try saying "OK, Google."

Instead of Google, the woman is heard saying "Goo Goo".

And after a few attempts to make the device respond, she was asking it what the weather was. When Google actually answered, the woman got so surprised that she jumped from the table.

The woman said that she found the device pretty mysterious and scary.

What is, however, no longer a mystery is how popular smart assistants have become. Amazon reported record sales for its smart assistant Alexa this holiday season, the Fortune report said.