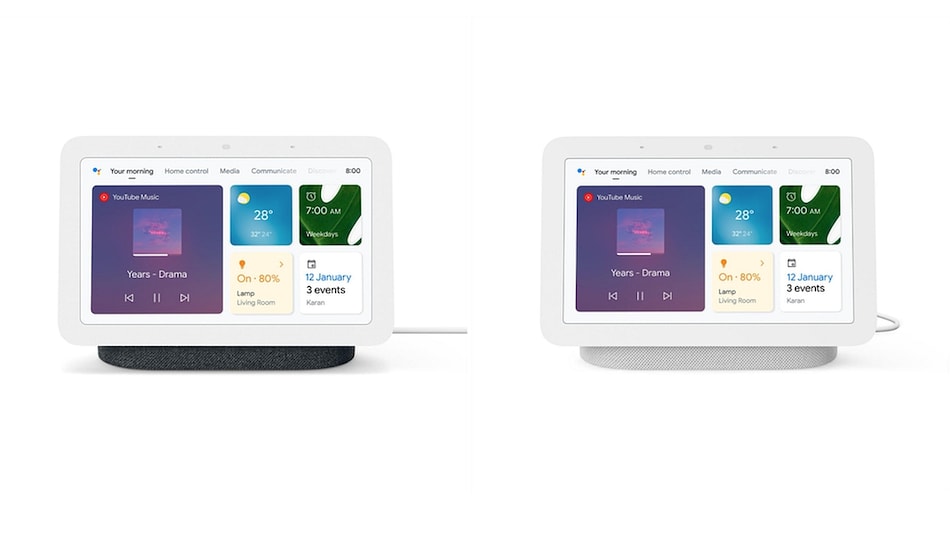 Google Nest Hub (2nd Gen) was launched in India on Wednesday. It features an edgeless glass display that can be doubled up as a digital photo frame. The smart display from Google has the same audio technology as Google Nest Audio, giving it a 50 percent boost in bass over the original Google Nest Hub. The second-generation smart display from the search giant also has multi-room control, making it easier to group multiple cast-enabled Nest devices.

It should be noted that when compared to the second-generation Google Nest Hub which was unveiled globally last year, the Indian variant of the smart display lacks the Sleep Sensing feature and gesture controls as well. Google confirmed to Android Authority that the sleep tracking feature won't be available in the country due to the lack of its Soli radar functionality. Here's what Google representatives told the publication:

Some of the key headline features like sleep sensing is not functioning in the device [sic] because it is based on the same Soli radar technology that was used in Pixel 4. It is currently not cleared for use in India.

Since Soli is also used for gesture controls, Google Nest Hub (2nd Gen) buyers in India will miss out of this feature as well.

The second-generation Google Nest Hub features an edgeless display, and when not in use, doubles up as a digital photo frame. Google mentions that the new Nest Hub is constructed using recycled materials. Its plastic mechanical parts contain 54 percent recycled post-consumer plastic. The edgeless display also has a floating design with no visible housing plastic in the front.

As for the audio, Google Nest Hub (2nd Gen) features the same audio technology as Google Nest Audio. This gives it a claimed 50 percent boost in bass over the original Google Nest Hub. It also has support for Apple Music, Gaana, JioSaavn, Spotify, and YouTube Music. Furthermore, users can also stream video content via YouTube and Netflix. The Google Assistant now has a third microphone to hear users better.

Google Nest Hub (2nd Gen) also has multi-room control that lets it group up with other Cast-enabled Nest devices such as speakers, smart displays, or Chromecasts. It also works with the new connectivity standard – Matter – that was created by the Connectivity Standards Alliance for simplifying control of smart home devices.

The smart display from Google is designed with keeping in mind the privacy of the users. It focusses on keeping a user's information safe, treating it responsibly, and putting the user in control. Like the original Nest Hub, the second generation Google Nest Hub also lacks a camera, and the microphone can be shut off using the slider on the hardware at the back of the device.