Google Nest Hub will be launching to India in the coming months. 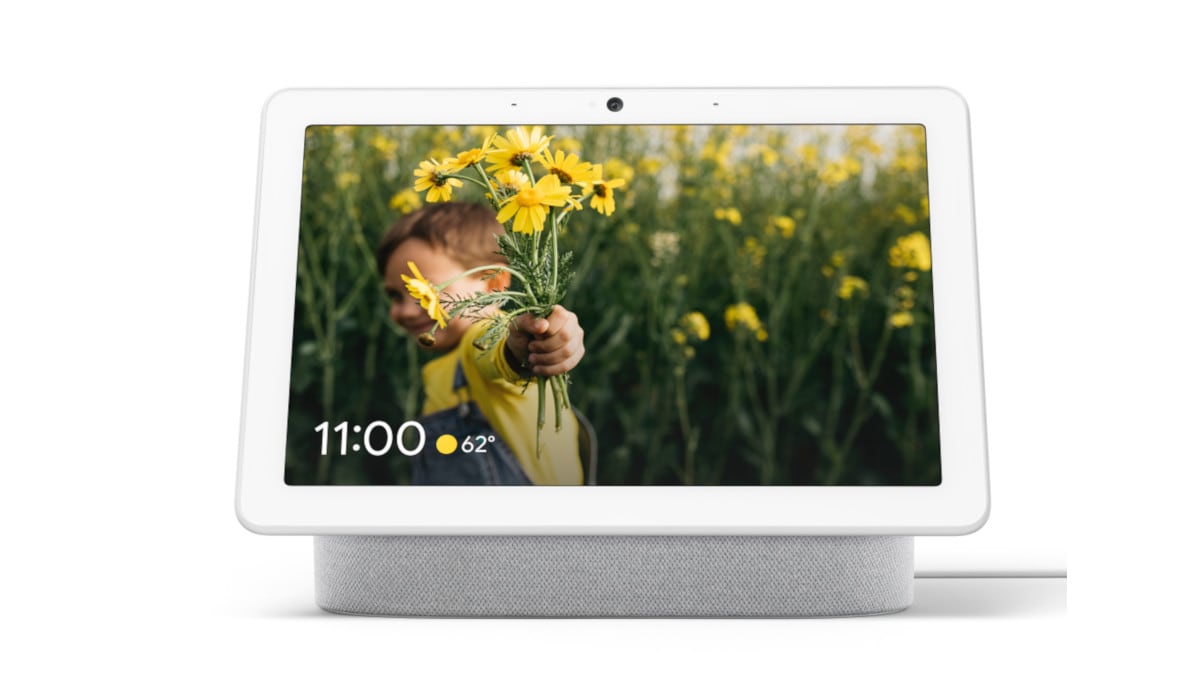 According to Google, ever since the company folded Nest into its hardware team, it has been working to make smart homes a little less complicated for the consumers. As a part of the same endeavour, the company is bringing Google Home devices under the Nest brand. The first product to come out of the company's newly formed (Home + Nest) team is the Nest Hub Max, which is a successor to the company's Nest Hub that was earlier known as Google Home Hub.

The new Google Nest Hub Max is a smart speaker, smart display, and a smart camera, all rolled into one. The device sports a 10-inch HD screen and comes with wide-angle camera on top. It is powered by the company's Google Assistant and supports features like YouTube TV support. The built-in camera in the Nest Hub Max can be used for video chats via Duo, surveillance, and more. Further, Google has added gesture support in the device to make it easier to pause the media or turn down volume, without the need to shout at the device during noisy situations.

Google Nest Hub Max works well with multiple members of family and is capable of providing personalised experience to everyone.

“With Nest Hub, we offered you the option to enable Voice Match, so the Assistant can recognise your voice and respond specifically to you. Today with Nest Hub Max, we're extending your options for personalised help with a feature called Face Match,” Google revealed in a blog post. “For each person in your family who chooses to turn it on, the Assistant guides you through the process of creating a face model, which is encrypted and stored on the device. Face Match's facial recognition is processed locally with on-device machine learning, so the camera data never leaves the device.”

Google says that as soon as you walk in front of the Nest Hub Max's camera, the device recognises you and shows your information, rather than someone else's.

As privacy is a big part of Google's new smart home commitment, the Nest Hub Max will come with a green light to show when the camera is streaming or recording. Further, there are multiple controls to disable camera and microphones, including a hardware switch.

Among other smart home privacy features, Google will now explain the sensors present in its connected home devices and how they work. Google will also list if they have been enabled or not and what type of data they are collecting. The company will also reveal how the data being captured by its smart home products is being used to provide helpful features and how the company is keeping it separate from advertising and ad personalisation. Lastly, Google will also help users in managing their data, including offering ability to access, review, and delete the audio and video data stored with Google.

The company also stated that it will offer existing Nest users an option to migrate their account to Google starting this summer.

In an effort to make things seamless and easier for the developers, Google is also shutting down its “Works with Nest” developer program and all developer related stuff will now be offered as a part of “Works with Google Assistant” program, which already supports over 30,000 devices.

The company also revealed that it will expanding the availability of Nest Hub to 12 new countries – India, Canada, Denmark, France, Germany, Italy, Japan, the Netherlands, Norway, Singapore, Spain, and Sweden. There is no word on the India pricing of the device at this point.