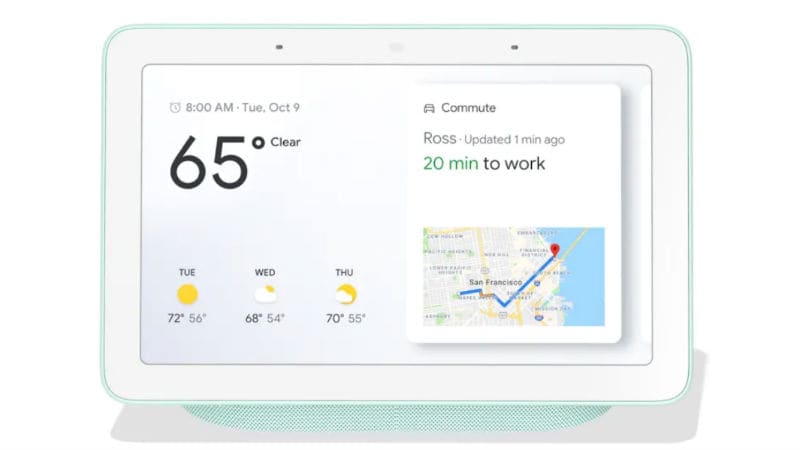 Most of the Smart Displays in the market that come with Google Assistant are similar in terms of specifications. All of the devices run Android Things, which is a specialised version of Android for IoT devices, atop a hardware platform. When Google launched Home Hub earlier this week, it was expected that the device would be using similar software. However, as per the latest information, Google Home Hub is unlike any other Smart Display. The device is running an entirely different operating system than the ones found on other similar devices from third-party OEMs. Interestingly, another report suggests that the Home Hub may also serve as a development platform for Fuchsia OS, a new software that will replace Android.

As per an Ars Technica report, Diya Jolly, Google's Vice President of Product Management confirmed that the Google Home Hub does not run Android Things. Instead, it is built on Google's Cast platform, meaning it is closer to what a Chromecast is than a toned-down Android phone. Jolly explained the move, saying, "There's no particular reason. We just felt we could bring the experience to bear with cast, and the experiences are the same. We would have easily given the third-parties Cast if they wanted it, but I think most developers are comfortable using Android Things."

Notably, the internal hardware in the Google Home Hub is also different from other smart displays. Instead of using Qualcomm's Snapdragon 624 Home Hub Platform that powers Lenovo, JBL and LG's smart displays, the Home Hub is powered by an Amlogic processor that is usually seen in smart TVs and other smart accessories. However, the rest of the specifications are not clear at the moment.

This move by Google is a bit strange, as Google had developed an entire ecosystem for third-party smart displays, but is now using something else for its own device. While Google has not explained the reason of not embedding dedicated IoT solutions like its partners have, one of the reasons could be that the company wants it to be a very simple device. Google, during the Pixel launch event, mentioned that the Home Hub does not feature cameras to make it comfortable to use in private places. Giving up on certain features has also brought down the cost of Home Hub. The company said that the device comes with optimised versions of YouTube, Google Maps, Calendar, Search and Photos, so it may have decided to get rid of all other apps.

Interestingly, as per a 9to5Google report, the Google Home Hub could be the latest device to run Fuchsia OS, software that is expected to replace Android OS. Fuchsia OS was created to overcome the limitations of Android as more personal devices and other gadgets come online. Based on the previous report, folks at 9to5Google claimed that a prototype called Astro that they claim to have found earlier is actually the Home Hub.

Digging into the Google Home app, they found the Home Hub's codename - Estelle. Then, inside the Fuchsia's Gerrit source code and in a commit dedicated to Astro, the names Astro and Estelle were discovered. However, this does not mean that the Home Hub runs Fuchsia out-of-the-box. As mentioned earlier, it currently uses the Cast platform. As of now, this piece of information only hints at the possibility that Home Hub is just being used as a test device, the report claims.