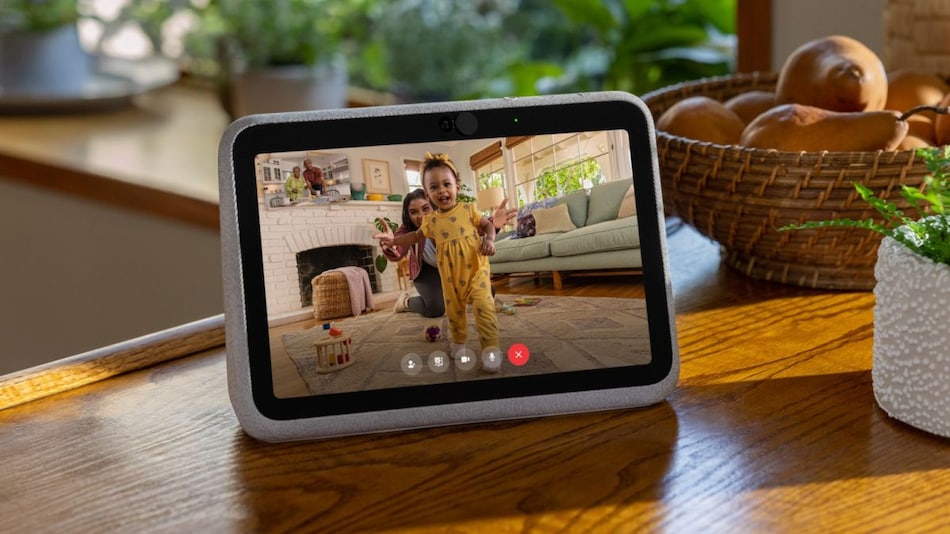 To facilitate portability, Portal Go comes with a handle for easy carrying

Facebook Portal Go and Facebook Portal+ — the two new models of video calling devices from the social media giant — was announced on Tuesday, September 22. Portal Go is the first portable model in the lineup. Facebook also said it was testing its Portal for Business service to help companies remotely manage Portal work accounts and devices. It is currently in closed beta.

Portal Go features a 12-megapixel camera and an ultra-wide field-of-view (FoV). To facilitate portability, it comes with a handle for easy carrying and a “long-lasting battery” to enable long video calls while in handheld mode. Facebook said it also “doubles as a portable speaker with room-filling sound to listen to your favorite music throughout your home.”

Portal+ features a 14-inch display with 12-megapixel Smart Camera with an ultra-wide FoV. It comes with stereo speakers that can deliver high-fidelity sound.

Updates in the new models included a "household mode," allowing users to share a Portal and control others' access to their contacts and apps, and a way to watch TV through the product with others who are not using a Portal device.

Facebook also said it would start adding support for Microsoft Teams in Portal in December.

Facebook has not provided specific sales numbers on Portal, but a spokeswoman said there had been increased sales and usage during the COVID-19 pandemic, through which many companies shifted to remote working and more people stayed at home under lockdown measures. Facebook makes the vast majority of its money from digital ads.

The company, which is under scrutiny from global regulators and lawmakers over its approach to user safety, privacy and content across its services, launched its first line of Portals in 2018. The smart-display devices, one of Facebook's forays into selling hardware, let users make video calls, with cameras that automatically follow users around a room.

The company reported $497 million (roughly Rs. 3,660 crores) in non-advertising revenue in the second quarter of 2021, which it attributed mainly to sales of its Oculus Quest 2 virtual reality headsets. Facebook last month launched a test of a VR remote work app where Quest 2 users can hold meetings as avatar versions of themselves.

What is DeFi, and How Can You Use It