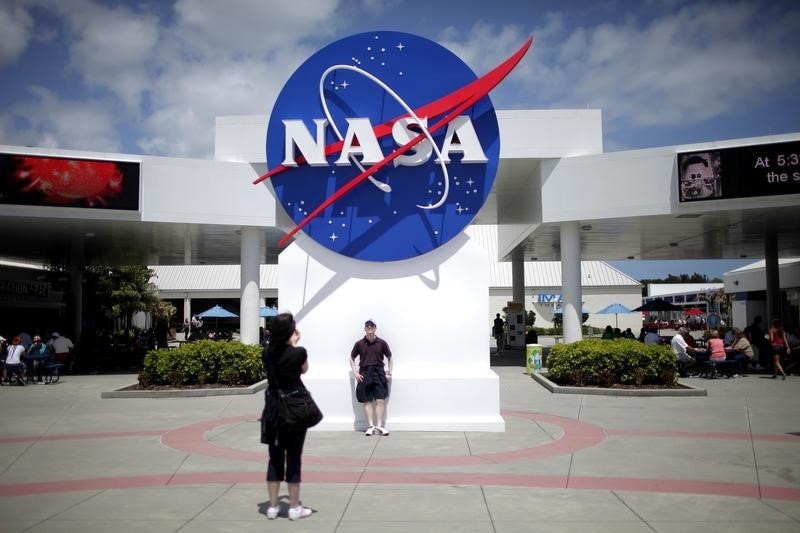 On Monday, the New York Times published a piece on Nathan P. Myhrvold, former chief technologist of Microsoft. Myhrvold, who has built a reputation for himself as something of a patent troll, says he's shown that Nasa's research on asteroids is a mess. Myhrvold has a PhD in physics, but no experience with asteroids - which he says makes him the perfect man to take this bad science down.

Myhrvold's paper, which he's made available online, is 110 pages long and has not yet been through the process of peer review - where a study is examined by experts unaffiliated with the research before it's published. He analyzed the results of Nasa's Wide-Field Infrared Survey Explorer spacecraft (WISE), which has been operating since 2009 and can read the heat signatures of asteroids that may come close to Earth. A mission called NEOWISE translates this heat data into size estimates using empirical models - mathematical models based on things that scientists have observed about individual asteroids.

Myhrvold says his study thoroughly debunks the statistical methods Nasa scientists use to estimate asteroid size in the NEOWISE mission. They say he has no idea what he's talking about. In fact, a statement from Nasa claims that Myhrvold has made such profound calculation errors that he's produced notably incorrect size estimates for asteroids that have already been verified using other methods.

"For every mistake I found in his paper, if I got a bounty, I would be rich," Ned Wright, the principal investigator for WISE at the University of California, told Science Magazine.

"If they really digest it all and say it's not strong, I'm all ears for how I can make it stronger, but my guess is that's just dismissive," Myhrvold told The Post. Myhrvold sees the field of astrophysics as dangerously closed off to the outside world. He claims that some of "the most senior people who work on asteroids" have privately told him that they can't replicate the results he's criticizing, but that no one wants to upset the status quo.

"The fact that I'm independent and outside the establishment makes it easier for me to challenge these things," he said.

Amy Mainzer, principal investigator for NEOWISE, pointed out that many of her projects' measurements have in fact been reproduced and confirmed. Japan recently operated an infrared telescope called Akari that was similar to WISE, and it measured many of the same asteroids.

"There's a very nice paper that does a very nice job of comparing these size estimates," Mainzer told The Post. "Everyone is doing their own computing and the diameters match."

Not to mention the fact that her work has been peer reviewed, unlike Myhrvold's. Experts checked her work for obvious errors, and he can't say the same.

"Science is a human process, and it's true that human beings are reviewing these results, but peer review is a scientist's best friend," she said. "It has its lumps and bumps, but science is interactive and peer review is what makes it strong. It's the foundation of science."

Myhrvold has submitted his paper for consideration in the journal Icarus, but it has not yet been accepted. He stands by his decision to put it online - and sit down with the New York Times - before getting this stamp of approval from the scientific community.

"Some of the things I've heard from third parties are, 'wow, we'll see if it makes it through peer review,' which makes me think they'll ambush it in peer review," Myhrvold said. He added that he tried to get WISE scientists to comment on his work for months, but that they'd refused to respond until he made his work public. Mainzer disputes this, saying she has offered corrections to the paper that Myhrvold has ignored, including an issue that he sees as a possible sign of fraud.

"In more than 100 cases, the reported asteroid sizes they listed were an exact match to prior papers, that's within the meter. That's just not possible to have happen accidentally," he said.

"The points about peer review of my paper are totally valid when what I'm doing is suggesting something totally new," he added, "but where I point out they copied a lot of data from other sources, that's not about me, that's about them."

He said he had no way of knowing whether this was a sign of intentional fraud, but that he thought it was possible.

"We've tried to explain this many times," Mainzer said. Those measurements, she continued, are intentionally pulled from other sources - they're used to calibrate the measurements made using the spacecraft with previously observed data. It's not the case of a mistake or fraud, but a standard procedure.

She also takes issue with the underlying thesis of the critique, which is that the NEOWISE calculations ignore Kirchhoff's law of thermal radiation. The law says that objects that are more shiny emit less infrared radiation, and Myhrvold was shocked to see this being ignored in the modeling. From the New York Times:

"A simple demonstration of that, Dr. Myhrvold said, is the shiny chrome cooking surface of a restaurant hibachi grill. A dark grill surface would bathe diners in uncomfortable waves of heat. The NEOCAM models failed to take into account the effects of reflected sunlight, he said."

"Of course this model doesn't perfectly conserve energy, and no one has ever said it does," Mainzer said. The model, she explains, sweeps away some of the complexities of an asteroid's heat distribution to make up for the fact that asteroids have incredibly complex surfaces. Scientists using these models don't have every data point they would need to do a perfect calculation, and that's the whole point of using the model in the first place.

"The paper is basically useless in the sense that he's complaining about a model which it has always been clear does not satisfy physical laws," Ned Wright told The Post. "So then the question is, does it work, is it a good approximation anyway, and the answer to that seems to be generally yes."

A model that took all of this additional, usually unknown data into account would produce more accurate measurements, Wright said, but that's not what Myhrvold's paper does.

"What he's done is change one of the ways in which it fails to satisfy physical laws, and I'm not sure how much of this is an error in his computer program and how much is the result of the change he implements, but what he finds is that he makes the model worse. So he's taken a useful approximation and made it worse," Wright said. He added that variations in reflectivity are likely much less problematic than the new paper implies.

"There aren't any shiny metal asteroids," he said. "Everything out in the asteroid belt is covered with dirt, that seems to be what happens when you're out in space for a long time."

Several researchers were quoted in the New York Times piece praising Myhrvold for raising questions - an important aspect of the scientific method - but notably, none of them went so far as to agree with his conclusions. A glance at a popular Yahoo group for astronomy researchers shows many a raised eyebrow.

But Myhrvold, who has previously published work refuting the statistical methods of paleontologists, suspects he'll have potential collaborators coming out of the woodwork soon, regardless of the "mud slinging" Nasa is subjecting him to.

"The path that I have taken is surely not the easy one," he said.