OneWeb’s move to merge with France’s Eutelsat is both imperfect and yet also, in a way, inevitable. 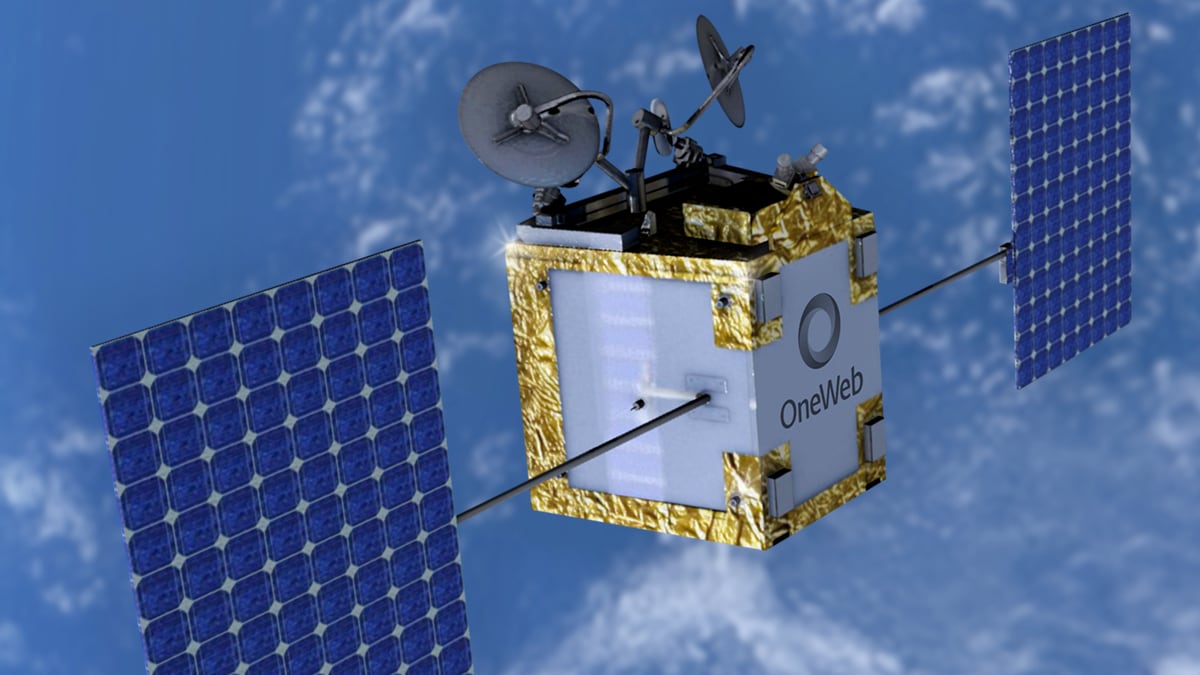 OneWeb has partnered with Google and Elon Musk

Satellite startup OneWeb's past decade has resembled a space opera. Founded by a US entrepreneur and headquartered in London, it has partnered with Google and Elon Musk, supplied Arianespace, attracted investment from Hughes Network Systems and SoftBank Group and fallen into bankruptcy. It was then rescued by the UK government and India's Bharti Global.

The next act has all the hallmarks of a post-Brexit moonshot for Europe's wartime economy. Its announced 50-50 merger with France's Eutelsat Communications SA, would create a European champion to rival the likes of Musk's SpaceX and Amazon's Project Kuiper.

The move is both imperfect and yet also, in a way, inevitable.

Shareholders of Eutelsat, 20 percent owned by a French state investment firm, have good reason to feel bruised by the terms and the timing. The company's stock slumped 17.8 percent on Monday, a sign that OneWeb's lack of sales and future spending requirements will be an earnings drag. As Bloomberg Intelligence analyst John Davies put it, a “merger of equals” would benefit OneWeb more than cash-generating Eutelsat.

But given Eutelsat itself risked being left on the launchpad by rivals, it also makes strategic sense.

Diversifying into lower-orbit satellites means more risk and more capital spending for Eutelsat – a string of such projects in the past has gone bankrupt (including OneWeb). But it also brings the opportunity of tapping into more demand for their faster speeds and higher power in sectors like telecommunications. And in a wartime economy, it promises to bring more expertise in data and cybersecurity, as well as a bigger role for Europe in space – something dear to Macron's heart.

No doubt it might have been cleaner and easier for shareholders to imagine a takeover by Altice billionaire Patrick Drahi, whose EUR-2.8 billion (roughly Rs. 22,690 crore) approach was rejected, or a merger with rival SES that offered cost savings. Yet Drahi's bid looked opportunistic, lacking the obvious fit with his telecoms empire, while SES would have triggered its own fair share of antitrust and national-security concerns.

There are plenty of details that still look unclear. Governance of the combined entity will require political cooperation between governments that can't even agree on fishing rights in the wake of Brexit. Financially, it's not clear how much spending will be required to compete against Big Tech's billionaires; when Eutelsat first invested in OneWeb last year, management called it an “ideal” entry point as $5 billion (roughly Rs. 39,950 crore) had already been invested.

Overall, though, this plan looks like a microcosm of the current geopolitical environment - and the kind of corporate strategies getting a chilly reception on the stock market. A once-reliable, cash-gushing defensive play now transformed into a cash-guzzling competitor in a strategic field dominated by US big spenders is not the kind of story a lot of shareholders want to hear.

Yet aiming for the stars is exactly what it might take for Europe to avoid being left on the launchpad.