Magnetars are a type of neutron star with an extremely powerful magnetic field that can be 1000 times more powerful than that of the Earth. 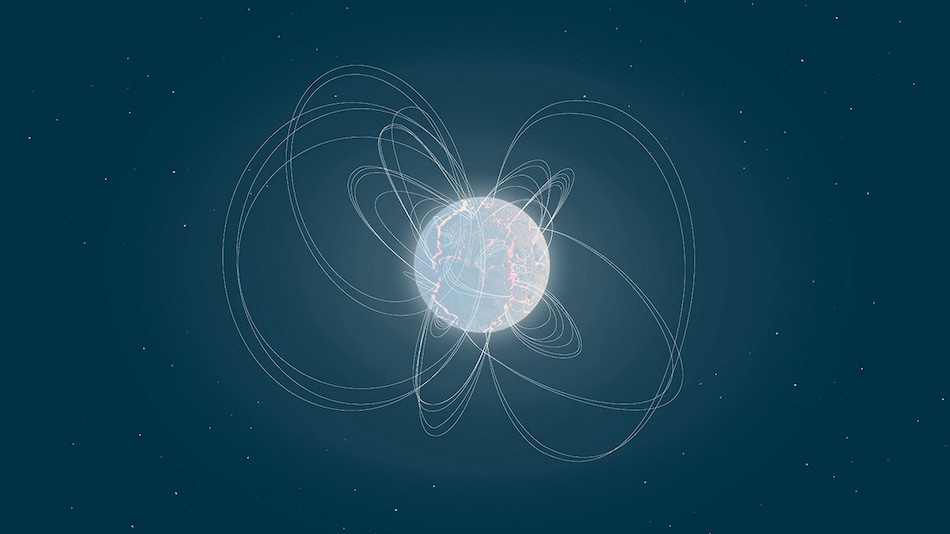 Swift J1818.0-1607 is will help researchers refine their existing models

Astronomers have discovered the youngest known magnetar about 16,000 light-years away from Earth. It is being called Swift J1818.0-1607. A study published in the IOP Science Journal explaining the discovery of this magnetar states it is about 240 years old which makes it quite new and young by cosmic standards. It was first discovered back in March when a massive burst of X-rays was emitted by it. After follow up studies, more details about its age and physical features were revealed.

What is a magnetar?

To understand what a magnetar is, we must first know what exactly a neutron star is. Neutron stars are the smallest and densest stars that is the remnant of a massive star that goes supernova, or the result of a massive start collapsing on itself. The core of the massive star collapses which crushes every proton and electron into a neutron. But, if the core of the collapsing star is between about 1 and 3 solar masses, only then will it collapse into a neutron star. If the mass is higher, it will become a black hole.

Now, a magnetar is a type of neutron star with an extremely powerful magnetic field. This magnetic field can be 1,000 times more powerful than that of a regular neutron star. They are known as the most magnetic objects in the universe. They also release a vast amount of energy in the form of electromagnetic radiation. NASA says the Swift J1818.0-1607 "packs twice the mass of our Sun into a volume more than one trillion times smaller."

As per data published by NASA, the Swift J1818.0-1607 was first discovered on March 12 when it released a massive burst of X-rays. European Space Agency's XMM-Newton observatory and NASA's NuSTAR telescope then studied this magnetar and found that it was the youngest known magnetar at about 240 years old. The data states that Swift J1818.0-1607 is about 16,000 light-years away from Earth. This means the light from Swift J1818.0-1607 was 16,000 years old and at the time, the magnetar was 240 years old. The data also states that there are over 3,000 known neutron stars and till now, only 31 magnetars have been confirmed. A researcher stated that if they understand the formation story of these objects, they might be able to understand why there is such a huge difference between the number of magnetars discovered and the total number of known neutron stars.

"This object is showing us an earlier time in a magnetar's life than we've ever seen before, very shortly after its formation," said Nanda Rea, a researcher at the Institute of Space Sciences in Barcelona and principal investigator on the observation campaigns by XMM Newton and NuSTAR. "Maybe if we understand the formation story of these objects, we'll understand why there is such a huge difference between the number of magnetars we've found and the total number of known neutron stars," she added.

The JPL NASA press release adds that Swift J1818.0-1607 is one of five known magnetars that are also radio pulsars, which are neutrons that emit long-lived radio waves. This discovery will help researchers and scientists in refining the scientific models of magnetars as their physical properties and behaviours change as they age. This study has been published in the IOP Science Journal.