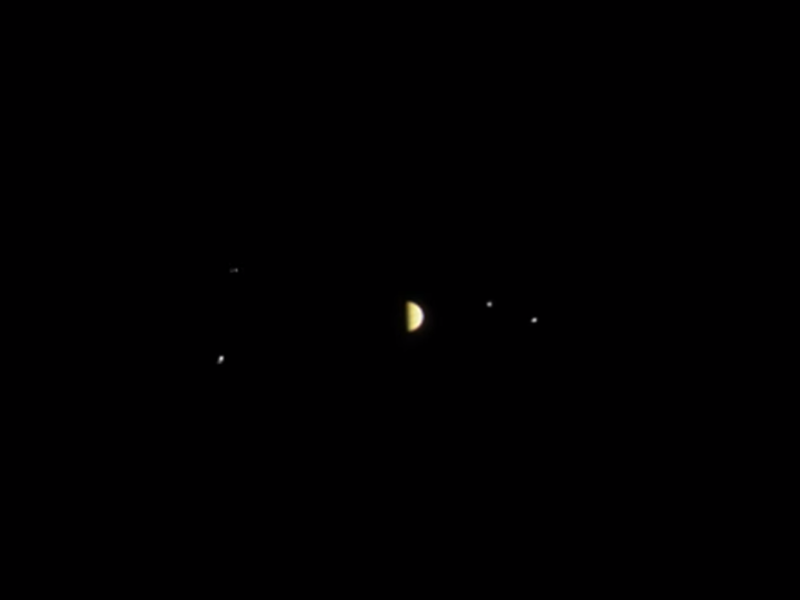 Highlights
While space enthusiasts will need to wait a bit longer for Nasa's spacecraft Juno to send up-close pictures of the planet, the space organisation has released a time-lapse video of Jupiter's moons, shot between June 12 and 29, while Juno was revolving around the planet. The video is framed by stringing together various photographs of Jupiter's moons Io, Europa, Ganymede, and Callisto in orbit around the planet.

On Wednesday, Nasa said that it has received a signal from 540 million miles across the solar system, confirming that its spacecraft has successfully started orbiting the largest planet of our solar system.

Nasa's spacecraft Juno was launched almost five years ago in order to better understand formation and evolution of planet Jupiter and to find out whether it has a solid core.

(Also see: What Is the Goal of Juno's Mission to Jupiter?)

"With Juno, we will investigate the unknowns of Jupiter's massive radiation belts to delve deep into not only the planet's interior, but into how Jupiter was born and how our entire solar system evolved," Nasa said in its release on Tuesday.

Through Nasa's Eyes App, you can choose to fly along with Juno as it goes around its journey around the mighty Jupiter. The app allows you to get all the graphical details about Juno's journey and keeps you updated with all the latest developments.
Comments