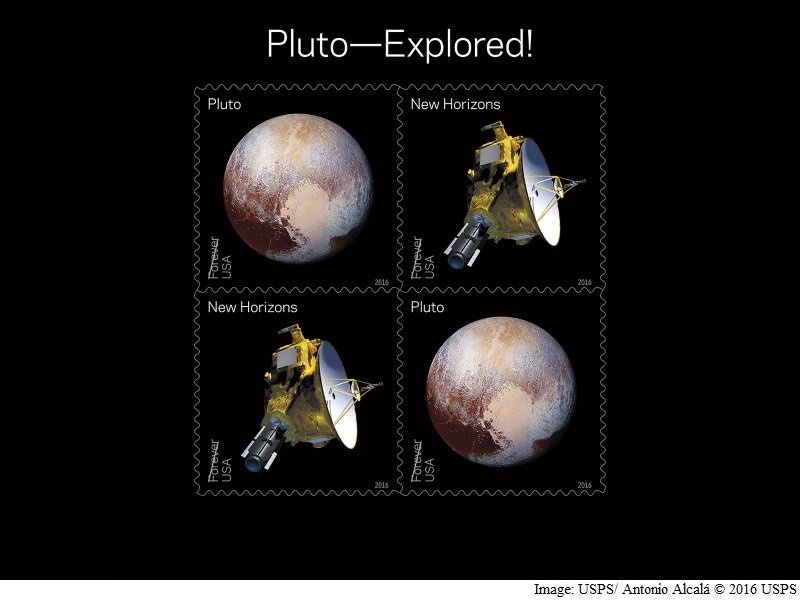 The US Postal Service has released a preview of its new 2016 stamps highlighting Nasa's planetary science programme, including the New Horizons' historic 2015 flyby.

The 2016 stamp series also has eight new colourful Forever stamps of Nasa images of solar system planets, a "Global Forever" stamp dedicated to the Earth's moon as well as another postal treat for space fans - a tribute to 50 years of "Star Trek".

"It is exciting to see that planetary science and space exploration are being celebrated in these new 2016 stamps," said John Grunsfeld, Nasa's associate administrator for science in Washington, DC, in a statement.

"We are honoured that the US Postal Service has chosen to highlight Nasa's New Horizons and 50 years of planetary exploration with these iconic images," he added.

The Pluto stamps are of special significance to Nasa and the New Horizons team which placed a 29-cent 1991 "Pluto: Not Yet Explored" stamp on board the spacecraft.

On July 14, the New Horizons carried the tiny postage stamp on its history-making journey to Pluto and beyond, as members of the mission team celebrated with a large print, striking the words "not yet".

"The New Horizons project is proud to have such an important honor from the US Postal Service," noted Alan Stern, New Horizons principal investigator.

The first stamp shows an artist's rendering of Nasa's New Horizons Pluto flyby spacecraft and the second shows the spacecraft's enhanced colour image of Pluto taken by New Horizons near its closest approach to Pluto.

The "Pluto Explored!" stamps will be dedicated in late May at the World Stamp Show in New York next year.