The development of the exascale computer fulfils former US President Barack Obama’s promise in 2015 to produce such machines within a decade. 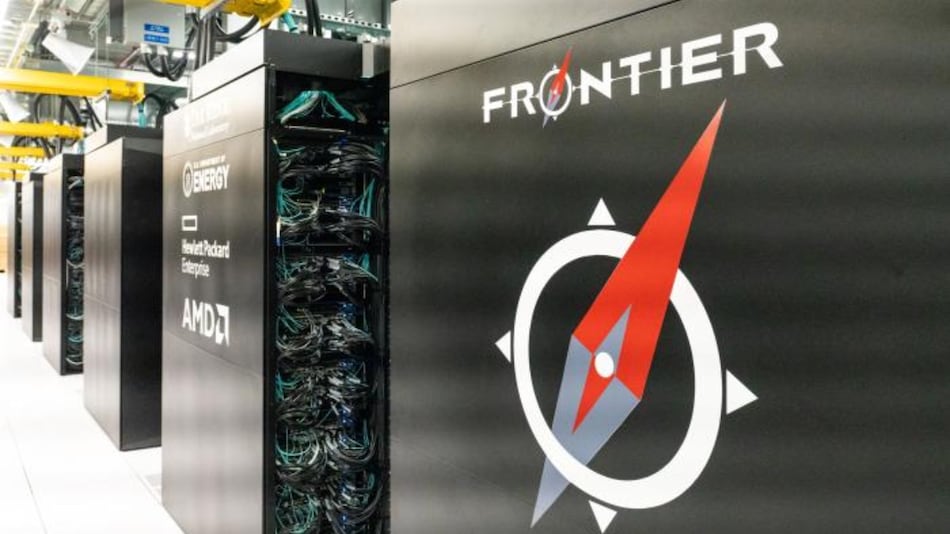 Frontier is more than twice as fast as the previous top rank holder, Japan's Fugaku. But despite the US managing to once more reclaim its place at the top of super advanced computers, rumours remain that China had already broken the so-called exaflop barrier (calculating 1 quintillion floating point operations).

In a benchmarking test dubbed High-Performance Linpack (HPL), the result was validated. At TOP500, a twice-yearly ranking of the world's most powerful supercomputers, the standardised HPL benchmark matters the most.

“The No. 1 spot is now held by the Frontier system at Oak Ridge National Laboratory (ORNL) in the US. Based on the latest HPE Cray EX235a architecture and equipped with AMD EPYC 64C 2GHz processors, the system has 8,730,112 total cores, a power efficiency rating of 52.23 gigaflops/watt, and relies on gigabit ethernet for data transfer,” stated Top 500 group in a release.

The supercomputer “is currently being integrated and tested at the ORNL in Tennessee, USA, where it will be operated by the Department of Energy”, said Top 500.

The Frontier system was built using Advanced Micro Devices' top of the line EPYC processor chips as well as a graphics processing chip that was previously supplied to supercomputers by rival tech giant Nvidia. The system consists of 74 cabinets built by Hewlett Packard Enterprise.

In 2015, the White House announced the launch of the National Strategic Computing Initiative (NSCI), which aims to keep the United States at the forefront of high-performance computing for decades to come. The Then-President Obama had pledged to create massive exascale supercomputers within 10 years.

This week on Orbital, the Gadgets 360 podcast, we discuss the Surface Pro 8, Go 3, Duo 2, and Laptop Studio — as Microsoft sets a vision for Windows 11 hardware. Orbital is available on Spotify, Gaana, [JioSaavn](https://pricee.com/api/redirect/t.php?from=gadgets360&redirect=https%3A%2F%2Fwww.jiosaavn.com%2Fshows%2Forbital%2F1%2Fr9VmNAJ211U), Google Podcasts, Apple Podcasts, Amazon Music and wherever you get your podcasts._
Affiliate links may be automatically generated - see our ethics statement for details.
Comments