Besides damaging infrastructure and injuring people, the meteorite left tiny meteorites on the surface of the Earth after colliding. 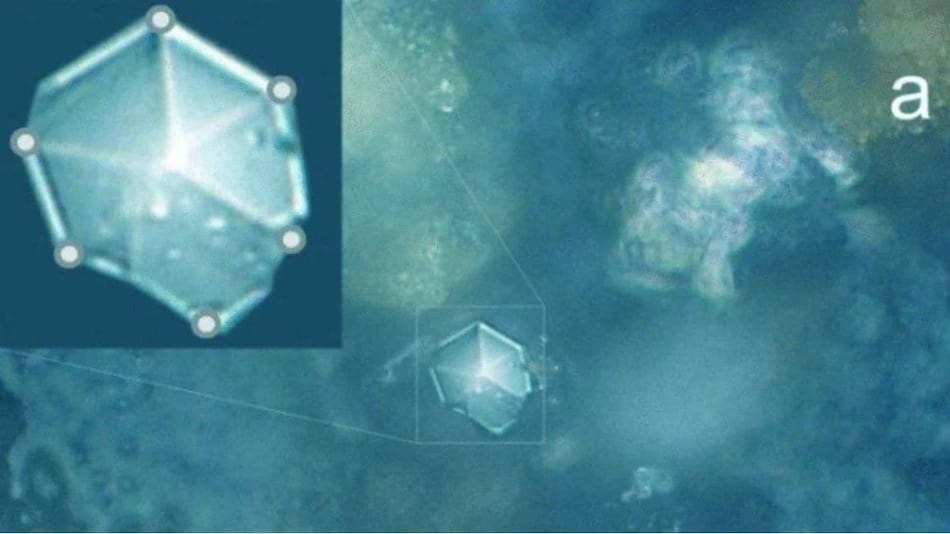 Researchers have found unique carbon crystals having unusual shapes in the grains of preserved meteorite dust. The dust was the result of a space rock explosion that took place over Chelyabinsk, Russia in 2013. The meteorite fell on February 15, 2013, in Chelyabinsk city in Russia's southern region. It measured 18 metres across and weighed 12,125 tonnes. The space rock hurtled towards Earth at a speed of 66,950 kmph but exploded 23.3 kms above Chelyabinsk after entering the Earth's atmosphere.

Besides damaging infrastructure and injuring people, the meteorite left tiny meteorites on the surface of the Earth after colliding. Now, in a new study published in The European Physical Journal Plus, scientists have examined meteor dust to discover fascinating structures.

Usually, meteors produce a small amount of dust when they burn up in the atmosphere. However, these dust particles are difficult to trace for scientists as they are too small or drift away by wind or fall and end up in the water.

But, according to NASA, after the Chelyabinsk explosion, plumes of meteor dust remained suspended in the atmosphere for days before falling and settling down on Earth's surface. These dust particles also ended up getting preserved by the snow that fell shortly before or after the explosion.

They further discovered more crystals having “unique morphological peculiarities”. They were found to be in two distinct shapes namely quasi-spherical and almost spherical. Some were shaped like hexagonal rods while others looked like shells.

Analysing further using X-rays, researchers could get an insight into the composition of the crystals. They were made of layers of graphite surrounding a central nanocluster at its heart. According to researchers, buckminsterfullerene (C60) or polyhexacyclooctadecane (C18H12) is likely to be the candidates for the nanoclusters.

Lava Blaze to Be Available for Pre-Order From July 7 at 12pm in India: Details
Aviation Authorities Prepare to Allow Drones to Fly ‘Beyond Line of Sight’; Privacy Advocates Warn of Risks