The measurement showed that 1,60,900 tonnes of additional water vapour had entered the stratosphere since the Tonga eruption. 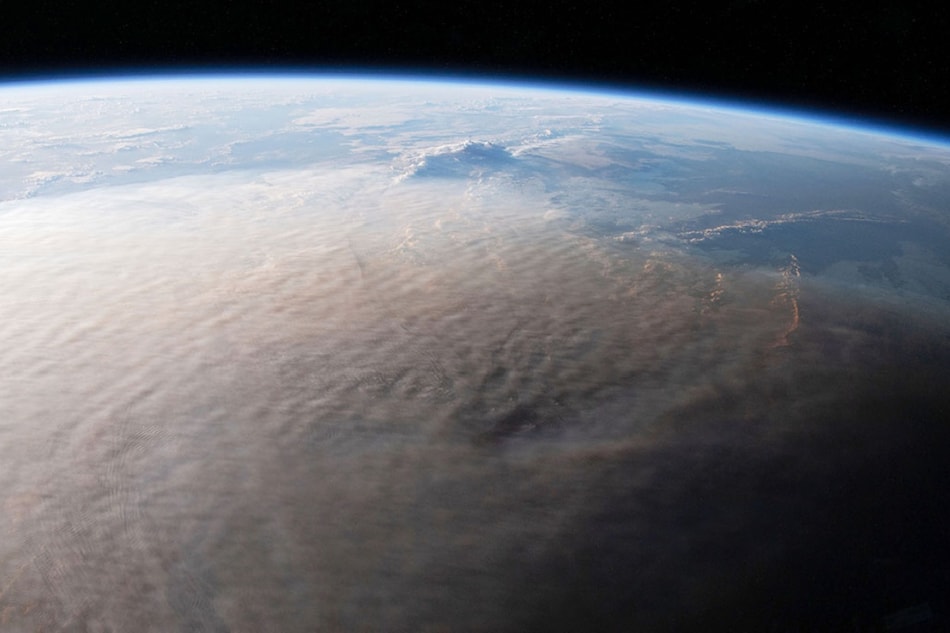 An underwater volcano that erupted in the South Pacific near Tonga on January 15 this year causing a catastrophe in the archipelago. The Tonga-Hunga Ha'apai eruption also triggered an earthquake and tsunami that flooded the country. A new study indicates that during this event, the volcano spewed not just ash into the atmosphere but also a record-breaking amount of water vapour. While such water vapour is found to have cooled down the atmosphere in previous strong eruptions, the water blasted into the atmosphere through the Tonga eruption is likely to warm up the surface of the planet.

For the study, researchers used data from the Microwave Limb Sounder instrument on NASA's Aura satellite and assessed the amount of water released into the stratosphere or the second layer of the atmosphere. The measurement showed that 1,60,900 tonnes of additional water vapour had entered the stratosphere since the Tonga eruption. It had reached as high as 53 kilometres into the atmosphere, which is the mesosphere layer. According to researchers, this broke all records for direct injection of water vapour by a volcano ever observed.

The research has been published in Geophysical Research Letters.

It was observed that the excess water vapour released into the atmosphere was 10 percent of the amount of water usually present in the stratosphere. The researchers have said that such observations were not surprising as the volcano was formerly located 150 metres below sea level. When the eruption took place, seawater surrounding it got superheated after coming in contact with the magma, which led to the production of large amounts of explosive steam. Due to this, the eruption turned out to be quite powerful.

When such powerful volcanoes erupt, they spew ash and gases such as sulphur dioxide. These result in the formation of reflective compounds in the atmosphere that block sunlight from reaching Earth's surface, thus cooling down the atmosphere. But, in the case of the Tonga eruption, low levels of sulphur dioxide were produced while most of the ash also trickled down back to the ground.