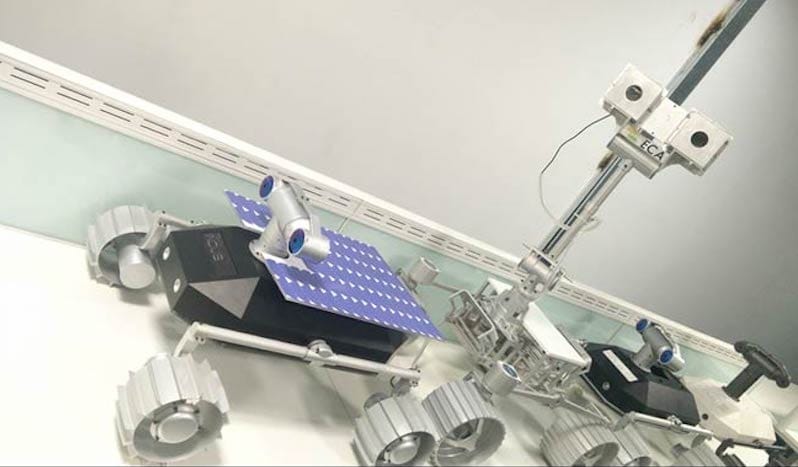 An international panel of judges from the Google Lunar XPRIZE who are here to review the moon mission plan of TeamIndus today said the team has made "substantial progress" and was in the "right direction".

TeamIndus is the only Indian team competing for the $30 million (roughly Rs. 196 crores) prize that requires privately funded teams to land their spacecraft on the surface of the moon, travel 500 metres and broadcast high definition video, images and data back to Earth. Out of the 30 teams that were selected as finalists, it's one of the five finalists still on track to complete its mission.

"I think we have seen very substantial progress...They are heading in the right direction. However, I would say in space you always can expect the unexpected and this team has the ability to tackle the problems," Chairman of the panel Professor Alan Wells told reporters here.

TeamIndus will launch its 600 kg spacecraft on board ISRO's Polar Satellite Launch Vehicle from the Satish Dhawan Space Centre at Sriharikota and it will inject the spacecraft into an orbit 800km above the surface of the Earth.

The spacecraft will take the 4kg Japanese rover from its competitor Hakuto to the moon, along with its own indigenously designed and developed robotic rover. It has a further payload of scientific experiments, including a student experiment being taken to the moon for free.

The panel of expert judges consisting of eminent space scientists and aerospace engineers drawn from some of the finest institutions from around the world are on a five-day review visit. The exercise formed part of the overall review to gauge readiness of TeamIndus Moon Mission as it nears launch.

TeamIndus Fleet Commander Rahul Narayan said, "We see this engineering review as well as the support from the panel as validation that we are on the right path. We will now be integrating the learning from the review into fine-tuning the mission in the days ahead," he said.

On the launch schedule, Narayan said they were hopeful of completing the mission in next three to six months.

The deadline for the completion of mission fixed by the Google Lunar XPRIZE is March 31 next year. The first launch window of the spacecraft is December 28, and after that there will be three-day windows every month, with a cutoff date of around the first week of March, if it is to meet the March 31 deadline.

In response to a question on investments, Narayan said, "The total cost of the programme is expected to be around Rs. 450 crore, out which more than half has been collected and spent and for the rest talks are on with sponsors and others who are interested in spending on this mission."

Other than TeamIndus the other four finalist teams who have a verified launch contracts are SpaceIL (Israel), Moon Express (USA), Synergy Moon (International) and HAKUTO (Japan).