Super Blood Moon 2019 (Total Lunar Eclipse): What It Is, How to Watch, and Every Thing Else You Need to Know 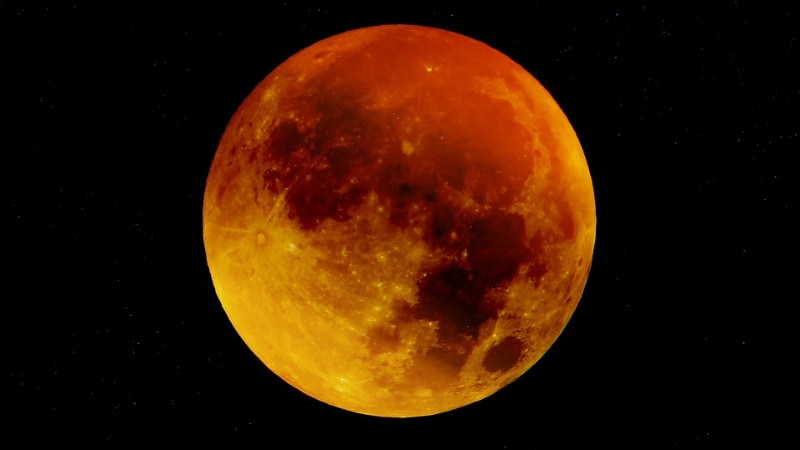 Blood Moon 2019: The total lunar eclipse will last for one hour and two minutes

Super Blood Moon 2019, a rare event that will excite amateur astronomers, is due to occur in January. Here, we have all the details for you about the total lunar eclipse in 2019, including India timings and how to watch. Notably, this particular Super Blood Moon is actually going to be a trifecta of lunar events – a total lunar eclipse, super blood moon, and a “Wolf Moon” - and is also being called the Super Blood Wolf Moon. The Super Moon in 2019, which is set for January 20 and 21 (depending on the time zone), will be visible to the people across the Americas and parts of western Europe and Africa. What makes this lunar eclipse even more special, this is last total lunar eclipse until May 26, 2021. The previous lunar eclipse took place on July 27 last year.

When is total lunar eclipse (Super Blood Moon) in January 2019?

As noted by the National Geographic, the total lunar eclipse will begin at 10:11am IST on January 21 (11:41pm ET, January 20) and will last for 62 minutes. Most people in Asia, including India, will miss the complete eclipse, whereas people in eastern Africa and eastern Europe will just get to see the partial lunar eclipse, which will start before the 10:11am start time, and continue after the 62 minutes mark. The complete lunar event, including the partial eclipses and total eclipse, will last for 3.5 hours.

If you missed this in your science class, the total lunar eclipse happens when the Sun, Earth, and Moon are perfectly lined up and the Earth blocks all of Sun's light from reaching the Moon. Also, a lunar eclipse only takes place when there is a full Moon.

How to watch Super Blood Moon 2019

As for how to watch the Super Blood Moon of 2019 - it's simple, you just need to step out to your terrace or another wide open space, and stare at the night sky till you spot it.

What are super blood Moon and ‘Wolf Moon'?

Super blood moon is a phenomenon in which the Moon appears particularly large and bright, with a reddish glow. The larger appearance of Moon can be attributed to the distance between Earth and Moon. During a Super Moon, the Moon is closer than usual to the Earth, making it look larger and brighter. But why red, you ask? During a total lunar eclipse, when the sunlight passes through Earth's atmosphere, the shorter blue wavelengths of sunlight are scattered outside the Earth's shadow and the longer red wavelengths are refracted towards the Moon, making it look reddish. The brightness of the red glow depends on the amount of dust and clouds in the Earth's atmosphere. More dust can the make the Moon look a darker red.

On the other hand, Wolf Moon is a nickname for a full moon that appears in the middle of winter. It was given by the Native American tribes after the wolves that howled as they hunted for food in the winter. As we mentioned, this time's January 21's event is being called Super Blood Wolf Moon.

Resident Evil 2 PS4, Xbox One Steelbook Edition Price in India Revealed
Epic Games Store Coming to Android This Year With Its Own Apps