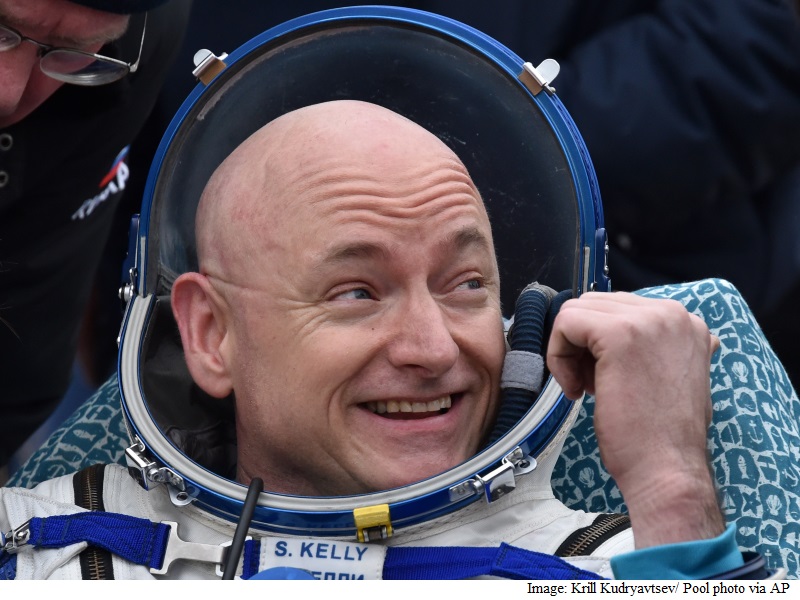 After 20 years with Nasa, America's star astronaut Scott Kelly says it's time to move on.

He's already hopped on the speaker circuit but is saving the serious job discussions for retirement, coming up in just two weeks.

"You need to leave when the time's right for you - and the time is right for me," Kelly said in an interview with The Associated Press.

The 52-year-old Kelly announced his retirement last Friday, just nine days after returning from a yearlong, record-breaking mission at the International Space Station.

The astronaut said he doesn't have a full-time job lined up yet despite plenty of offers. He'll have more flexibility to pursue goals, he said, once he's no longer a civil servant after April 1. But he'll still be available for Nasa debriefings and medical tests.

"Nasa will only have to pay me $10 an hour instead of $70 an hour, so they're getting a good deal," Kelly said. "This just allows me to meet my Nasa responsibilities, but do other things."

Speaking by phone Wednesday from Houston - where he plans to stay put at least for now - Kelly said he doubts his bosses at Johnson Space Center were surprised when he informed them last week that he would be leaving. After four missions, he hadn't expected to fly again for Nasa.

"I even told my bosses that I'd love to work as a part-timer," Kelly said, perhaps as a contractor flying Nasa planes. "I would love to stay as involved with human spaceflight as I can. I'm a huge believer in it."

He'll continue to be a medical test subject, along with his identical twin, Mark, who retired as an astronaut soon after the shuttle program ended in 2011. Mark agreed to take part in an unprecedented twins study that got underway well before Scott's launch last year from Kazakhstan.

Researchers are comparing the space twin with his ground-bound genetic double, on the lookout for any physical changes. Both Navy pilots, Nasa chose them as astronauts in April 1996.

Next week, Kelly heads to Russia, where he'll be reunited with the cosmonaut who shared his 340-day space station mission, Mikhail Kornienko. The pair will undergo debriefings with Russian space officials, like their Nasa counterparts, keenly interested in the effects of long-duration spaceflight as Mars beckons.

The mission set a US record for a single spaceflight; Russia still holds the world record of 438 days, set back in the 1990s aboard the Mir station. Kelly also holds the US record for most time spent accumulatively in space: 520 days over four missions.

Like his brother, Scott Kelly has signed on with a speakers bureau. He's already booked as keynote speaker at a credit union conference at Walt Disney World in April.

"I'll certainly do a lot of public speaking and talk about the space program," he said.

Kelly is looking forward to spending more time with his two daughters, ages 12 and 21. The youngest lives in Virginia Beach with her mother, who is divorced from Kelly; the oldest lives in Houston. Until this month, he'd been training for or flying Nasa missions almost continuously for 10 years.

"Ten years is a long time. A year's actually a long time - I just realized how long a year is," he said, chuckling. He described being off the planet for a year "like an eternity."

By contrast, "it's been kind of a blur" since he landed March 2 in Kazakhstan, going from one medical test and debrief to another, with just one day off at home.

His legs are still swollen and sore; the ankles, knees and hips are stiff, the results of so much time in weightlessness. It's slowly getting better, Kelly said.

"No part" of him wishes he were still up on the space station, but he won't rule out a return to orbit one day on the burgeoning commercial side.

"I tell you what," he said, "I probably will not go a day in my life ever again without thinking about the folks who are in space and how difficult a job it is."