Spectrometer That Fits in Smartphones to Help Diagnose Diseases and More 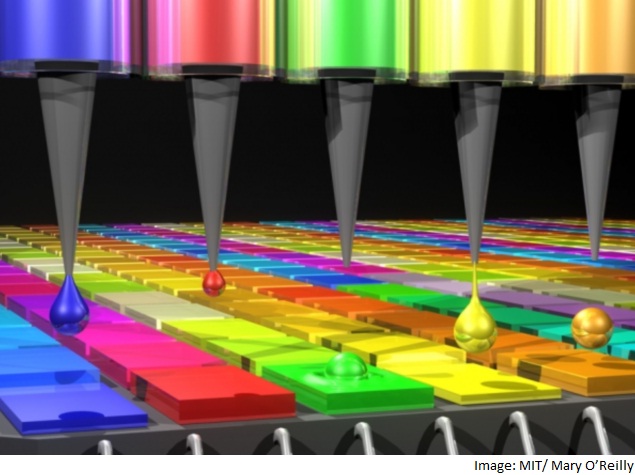 MIT scientists have created a spectrometer small enough to fit inside a smartphone camera that could enable the devices to diagnose diseases, especially skin conditions, or detect environmental pollutants.

Spectrometers measure the properties of light and are widely used in physical, chemical, and biological research.

These devices are usually too large to be portable, but Massachusetts Institute of Technology (MIT) scientists have created spectrometers small enough to fit inside a smartphone camera, using tiny semiconductor nanoparticles called quantum dots.

"Such devices could be used to diagnose diseases, especially skin conditions, or to detect environmental pollutants and food conditions," said Jie Bao, a former MIT postdoc and the lead author of a paper describing the quantum dot spectrometers in the journal Nature.

Quantum dots, a type of nanocrystals discovered in the early 1980s, are made by combining metals such as lead or cadmium with other elements including sulfur, selenium, or arsenic.

By controlling the ratio of these starting materials, the temperature, and the reaction time, scientists can generate a nearly unlimited number of dots with differences in an electronic property known as bandgap, which determines the wavelengths of light that each dot will absorb.

The new quantum dot spectrometer, about the size of a US quarter, deploys hundreds of quantum dot materials that each filter a specific set of wavelengths of light.

The quantum dot filters are printed into a thin film and placed on top of a photodetector such as the charge-coupled devices (CCDs) found in cellphone cameras.

The researchers created an algorithm that analyses the percentage of photons absorbed by each filter, then recombines the information from each one to calculate the intensity and wavelength of the original rays of light.

The more quantum dot materials there are, the more wavelengths can be covered and the higher resolution can be obtained.

In this case, the researchers used about 200 types of quantum dots spread over a range of about 300 nanometres. With more dots, such spectrometers could be designed to cover an even wider range of light frequencies.

If incorporated into small handheld devices, this type of spectrometer could be used to diagnose skin conditions or analyse urine samples, Bao said.

They could also be used to track vital signs such as pulse and oxygen level, or to measure exposure to different frequencies of ultraviolet light, which vary greatly in their ability to damage skin.