SpaceX to Retry Ocean Rocket Landing After Success on Land 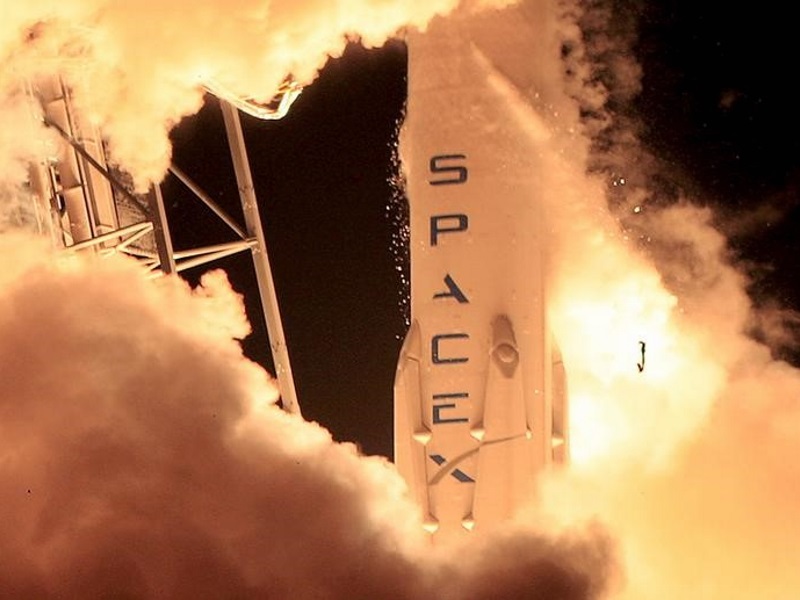 Technology entrepreneur Elon Musk's SpaceX will attempt to land its next Falcon 9 rocket on a barge in the Pacific Ocean, seeking another milestone a month after landing a booster on the ground in a spaceflight first, the company said on Friday.

The Falcon 9 rocket, carrying a Nasa ocean-monitoring satellite, is slated to blast off from Vandenberg Air Force Base in California on January 17.

About two minutes after lift off, the first stage of the rocket will separate, flip around, fire engines to slow its fall, deploy landing legs and attempt to touch down on a floating landing pad in the Pacific Ocean.

SpaceX has tried ocean landings twice without success, but officials are optimistic after the company last month safely returned a Falcon 9 booster to a landing pad at Cape Canaveral Air Force Station in Florida.

Accomplishing an ocean landing will give the California-based SpaceX flexibility to recover its boosters from a wider variety of space missions. The firm, owned and operated by Musk, wants to refurbish and refly its rockets, potentially slashing launch costs.

For now, SpaceX is concentrating on reusing just the first stage of its Falcon rockets, which sell for about $61 million (roughly Rs. 408 crores), the company's website shows.

Of that, only about $200,000 (roughly Rs. 1.3 crores) is for fuel, Musk said at the American Geophysical Union conference in San Francisco last month.

"With reusable rockets, we can reduce the cost of access to space by probably two orders of magnitude," or a factor of 100, Musk said at the conference.

SpaceX eventually wants to return the rocket's second-stage for reuse as well.

The rocket slated to launch Nasa's Jason-3 satellite is an older version of the rocket that flew last month and does not have the power to attempt a touchdown on land, SpaceX said.

The booster that landed on December 21 will be test-fired in Florida, but probably not reflown, Musk told reporters after the landing. He said the company likely would attempt relaunch of another recovered rocket in 2016.