SpaceX to Launch 15th Resupply Mission to ISS on June 29 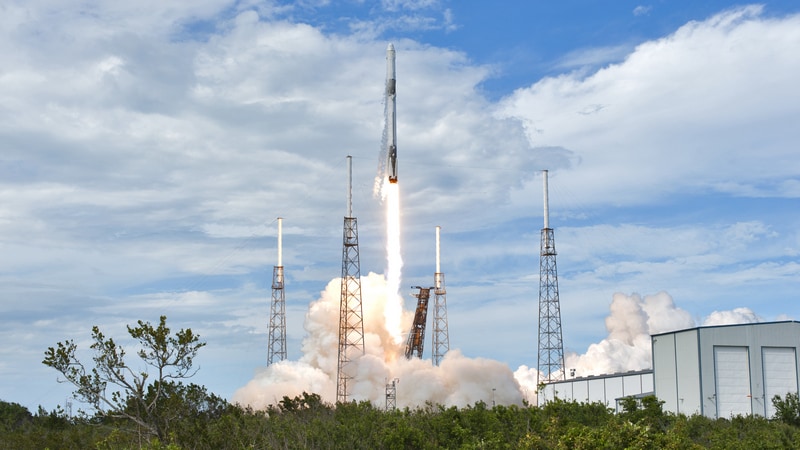 NASA's commercial cargo provider SpaceX is set to launch its 15th re-supply mission to the International Space Station (ISS) on June 29, the US space agency said.

The SpaceX Dragon spacecraft, packed with more than 5,900 pounds of research, crew supplies and hardware, will launch on a Falcon 9 rocket from Space Launch Complex 40 at Cape Canaveral Air Force Station in Florida.

Dragon will reach its preliminary orbit in about 10 minutes after launch and then would deploy its solar arrays and begin a carefully choreographed series of thruster firings to reach the space station.

It is expected to reach ISS on July 2, the report said.

The Dragon will deliver supplies, equipment for science investigations including: investigation on cellular biology in microgravity; ECOsystem Spaceborne Thermal Radiometer Experiment on Space Station (ECOSTRESS) - an Earth science instrument studying plants and water availability; and a physical sciences study on soil and sediment to enable US National Laboratory research.

After Dragon capture, ground commands will be sent from mission control in Houston for the station's arm to rotate and install it on the bottom of the station's Harmony module, the report noted.