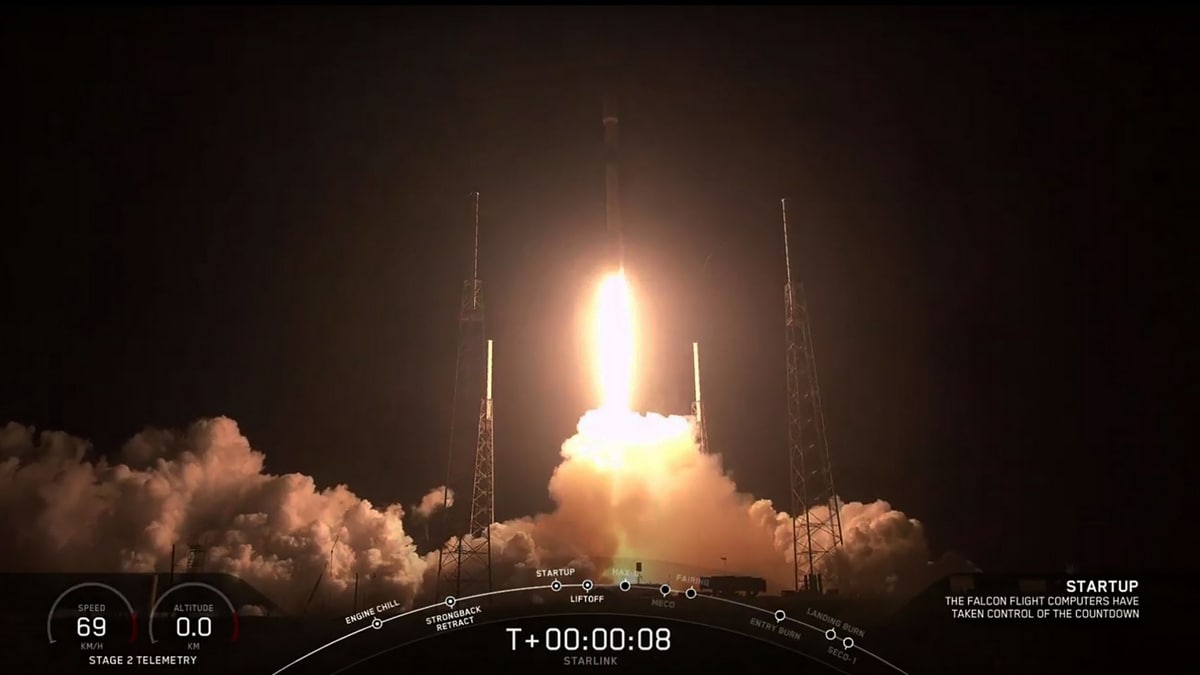 SpaceX has launched a rocket carrying the first 60 satellites of its "Starlink" constellation, which is intended to provide Internet from space in an array that could one day contain over 12,000 orbiting transponders.

One of the company's Falcon 9 rockets blasted off without incident from Cape Canaveral in Florida around 10:30pm Thursday (0230 GMT Friday).

An hour later, the rocket began to release the satellites at an altitude of 280 miles (450 kilometres).

The satellites then had to separate and use their thrusters to take up their positions in a relatively low orbit of 340 miles (550 kilometres).

Their final orbit is slightly higher than the International Space Station, but well below the majority of terrestrial satellites - the highest of which are geostationary at 22,400 miles (36,000 kilometres).

The launch was originally scheduled for last week, but was postponed - first because of high winds and then due to the need for a software update.

Billionaire Elon Musk's firm, which is leading the private space race when it comes to rocket launches, is now looking to seize a chunk of the future space Internet market.

The launch makes Starlink an early forerunner of the technology. Startup OneWeb also has a foot in the door, well ahead of Amazon's Project Kuiper, the brainchild of Musk's space rival Jeff Bezos.

Each of the satellites weighs 227 kilograms (500 pounds) and was built in-house in Redmond, near Seattle.

Starlink will become operational once 800 satellites have been activated, which will require a dozen more launches.

With so many units orbiting in the Starlink constellation, the satellites have been designed to automatically divert in the face of man-made or natural space debris.

"This mission will push the operational capabilities of the satellites to the limit," the company said in a statement.

"SpaceX expects to encounter issues along the way, but our learnings here are key to developing an affordable and reliable broadband service in the future."

According to the company, SpaceX broadband Internet should be accessible by devices such as mobile phones from anywhere on Earth at competitive pricing. It intends using profits to help fund Musk's next stated aim - a mission to Mars.