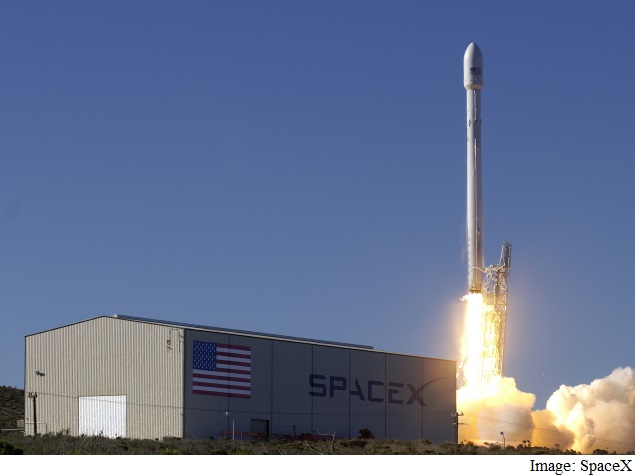 A SpaceX rocket blasted off on Wednesday to put a U.S. satellite into deep space, where it will keep tabs on solar storms and image Earth from nearly 1 million miles (1.6 million km) away.

The launch was delayed on Sunday by a problem with a radar tracking system and on Tuesday by high winds.

Weather was pristine for launch on Wednesday, but high seas prompted SpaceX to cancel a test to land the rocket's discarded first stage on a platform in the ocean.

"Unfortunately we will not be able to attempt to recover the first stage of the Falcon 9," SpaceX said in a statement.

Waves three stories tall were crashing over the decks of the landing platform, SpaceX said.

The company has been developing technology to reuse its rockets, potentially slashing launch costs.

The rocket carries the Deep Space Climate Observatory, nicknamed DSCOVR, a $340 million (roughly Rs. 2,123 crores) mission backed by Nasa, the National Oceanic and Atmospheric Administration and the Air Force, which paid for the launch.

It will take DSCOVR 110 days to reach its operational orbit around the sun, almost 1 million miles (1.6 million km) inward from Earth, where it will serve as a weather buoy, providing about an hour's advance notice of threatening solar activity.

The satellite's original mission, championed by then-Vice President Al Gore, was to provide a near-continuous view of Earth that would be distributed via the Internet in an attempt to raise environmental awareness, much like the iconic Apollo 17 "Blue Marble" picture of Earth did in the 1970s.

The satellite, then called Triana - and lampooned as GoreSat - was due to launch on the space shuttle, but the mission was canceled.

Triana spent more than a decade in storage before it was refurbished and reborn as a solar observatory. DSCOVR also has two sensors to monitor Earth to track volcanic plumes, measure ozone and monitor droughts, flooding and fires.

It also will take pictures of Earth every two hours that will be posted on the Internet, fulfilling in part Gore's dream.