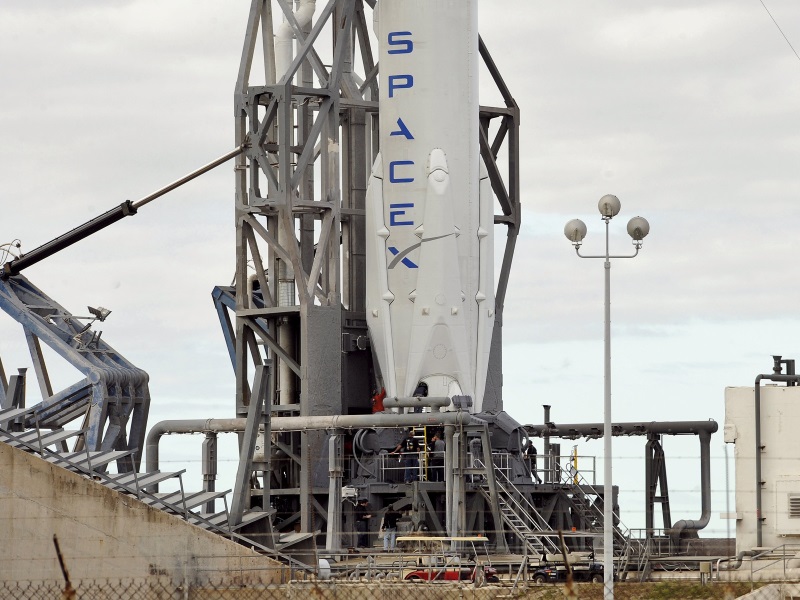 SpaceX postponed until Monday its first rocket launch since an explosion after liftoff destroyed its unmanned Dragon cargo ship bound for the International Space Station six months ago.

After liftoff, SpaceX will attempt to land the first stage of its Falcon 9 rocket in an upright position on solid ground for the first time, a milestone it sees as key to making rockets as reusable as commercial airplanes one day.

The Falcon 9 rocket is now scheduled to launch at 8:33pm Monday (1:33am GMT or 6:03am IST Tuesday) from Cape Canaveral, Florida, the California-based company said.

Several previous attempts at landing the rocket on a floating ocean platform have failed, but SpaceX says each try has taught them more about how to succeed in the future.

"If successful, this test would mark the first time in history an orbital rocket has successfully achieved a land landing," SpaceX said in a statement.

While the landing is key to SpaceX's plans, the primary goal of the mission is to deliver 11 satellites to low-Earth orbit for ORBCOMM, a global communications company.

New Shepard flew to a lower altitude than the Falcon 9, making the landing an easier feat for Bezos's rocket than it would be for Musk's, analysts say.

Both companies are aiming to boost savings and efficiency in modern rocketry by creating a new generation of complex machines that can be re-used after launch.

Presently, rocket components costing many millions of dollars are jettisoned as debris after takeoff.

The return to flight is an important milestone for SpaceX, following the June 28 accident when the Falcon 9 exploded just over two minutes after launching from Cape Canaveral.

The blast also destroyed its Dragon cargo ship loaded with supplies for the astronauts living in space, and came just eight months after a space station-bound rocket belonging to competitor Orbital blew up over a Virginia launch pad.

Musk said the Falcon 9 blast was due to a faulty strut.

The accident came after a series of successful launches for SpaceX, which was the first commercial outfit to send a cargo craft to space under a $1.6 billion (roughly Rs. 10,609 crores) contract with Nasa.