Astronauts will be launched to the ISS for the first time since 2011 from American soil and on an American rocket. 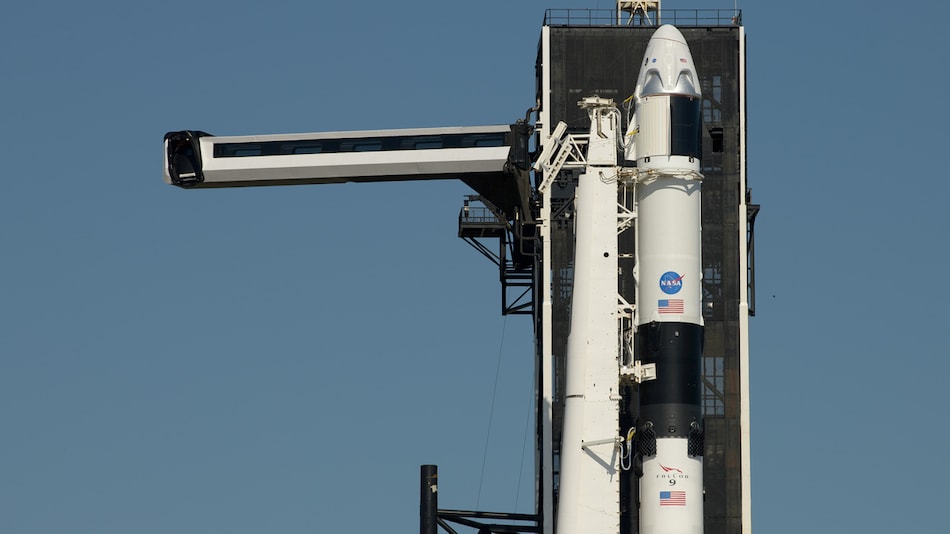 After a delay, NASA and SpaceX are now set to try to launch astronauts to the the International Space Station (ISS) on Saturday. It will be the first mission to launch astronauts from the American soil on an American rocket to the ISS since 2011. The Demo-2 mission, that is also being called Launch America, has been scheduled for 7:22pm GMT on Saturday, May 30 (12:52am IST on Sunday, May 31). The Demo-1 mission was the uncrewed test flight that launched successfully in March this year. NASA astronauts Bob Behnken and Doug Hurley will be taken to the ISS onboard the Crew Dragon spacecraft.

In this article, we are listing down everything major that you need to know about this space mission, how it is important, and where you can you watch it.

Standing down from launch today due to unfavorable weather in the flight path. Our next launch opportunity is Saturday, May 30 at 3:22 p.m. EDT, or 19:22 UTC

When will the launch take place?

As mentioned above, the Falcon 9 rocket will lift off at 7:22pm GMT on Saturday, May 30 (12:52am IST on Sunday, May 31) with the Crew Dragon spacecraft on its top. This will be the second attempt to launch the rocket, after bad weather ended the first attempt on Wednesday.

How will the launch happen?

As mentioned above, the Falcon 9 rocket will lift off at 7:22pm GMT on Saturday, May 30 (12:52am IST on Sunday, May 31) with the Crew Dragon spacecraft on its top. This will be the second attempt to launch the rocket, after bad weather ended the first attempt on Wednesday.

How will the launch happen?

The astronauts will be launched to the ISS as part of NASA's Commercial Crew Program on the Crew Dragon spacecraft, lifting off on SpaceX's Falcon 9 rocket from the historic Launch Complex 39A at the Kennedy Space Center in Florida, US. The astronauts will go to the ISS for an extended stay, planned to last more than a month. A specific duration is yet to be determined. This is the final major test for SpaceX's crew transportation system, including the launch pad, rocket, spacecraft, and operational capabilities, for operational crew missions to and from the ISS. Also, this will be the first time that the astronauts will be testing the spacecraft systems in orbit.

Crew Dragon will have to attain the speed for about 27,000km per hour in order to intercept the ISS. The spacecraft can dock with the ISS autonomously but astronauts will be monitoring the process. After docking, they will enter the ISS and conduct research and tests along will other tasks. After the job is done, Crew Dragon will autonomously undock and enter back into Earth's atmosphere. The trunk of the spacecraft will detach from the upper conical portion housing the astronauts and burnup in the atmosphere. The remaining spacecraft will endure temperatures of 1,600 degrees Celsius and splashdown in the sea near Florida.

Launch of the spacecraft will be broadcast live on the NASA TV YouTube channel. It will continue till the docking of spacecraft with the ISS. You will be able to watch the live stream on the SpaceX YouTube channel and website as well. Visitors at the launch site are not expected. However, US President Donald Trump will be there at the Kennedy Space Center to witness the launch.

It is also interesting to note that while this is for the first time since 2011 that astronauts will be launched to the ISS from the US but Virgin Galactic has achieved the goal of taking people to space twice since 2018 from the country. As per a report, on December 13, 2018, VSS Unity took astronauts to a maximum altitude of 82.72 kilometres and later on February 22, 2019, astronauts reached 89.9 km above the earth. NASA says that space starts at an altitude of 80kms from the Earth.

Who are the astronauts?

According to NASA, Bob Behnken will be the joint operations commander for Demo-2. He will be responsible for activities like rendezvous, docking, and undocking, as well as mission activities while the spacecraft is docked to the space station. He was born in St. Anne, Missouri, US. He holds a bachelor's degrees in physics and mechanical engineering from Washington University. Later, he went on to earn a master's and doctorate in mechanical engineering from California Institute of Technology. He was a flight test engineer with the US Air Force prior to joining NASA. He became a NASA astronaut in 2000 and since then, has finished two space shuttle flights. They include STS-123 in March 2008 and STS-130 in February 2010. During each mission, he performed three spacewalks.

Hurley will be the spacecraft commander for the mission, responsible for activities including launch, landing, and recovery. He was born in Endicott, US. He has a Bachelor of Science degree in Civil Engineering from Tulane University in Louisiana. He later went to the US Naval Test Pilot School in Maryland. He was a fighter pilot in the US Marine Corps before he became a NASA astronaut. He became an astronaut with NASA in 2000 and has completed two spaceflights. Hurley was a pilot for STS‐135, the last space shuttle mission from the US, in July 2011.

Why is the launch important?

NASA launched the Commercial Crew Program in 2011 to select private players who could send astronauts to the ISS. NASA retired its own space shuttle in 2011 and has been relying on Russian Soyuz spacecraft for the launches. Russia charges up to $86 million(roughly Rs. 650 crores) per seat in the spacecraft, according to a report. However, It will cost $55 million (roughly Rs. 416 crores) for SpaceX. Launch of the astronauts is also being seen as the restoration of American pride. In the second half of the previous century, there was an intense space race going on between the US and Russia when their successes and losses became a prestige issue. Currently, China is intensifying its space program while being stuck with the US in a trade war.