NASA opted to go ahead with bringing two US astronauts home despite the threat of Isaias, which was downgraded to a tropical storm from a hurricane on Saturday. 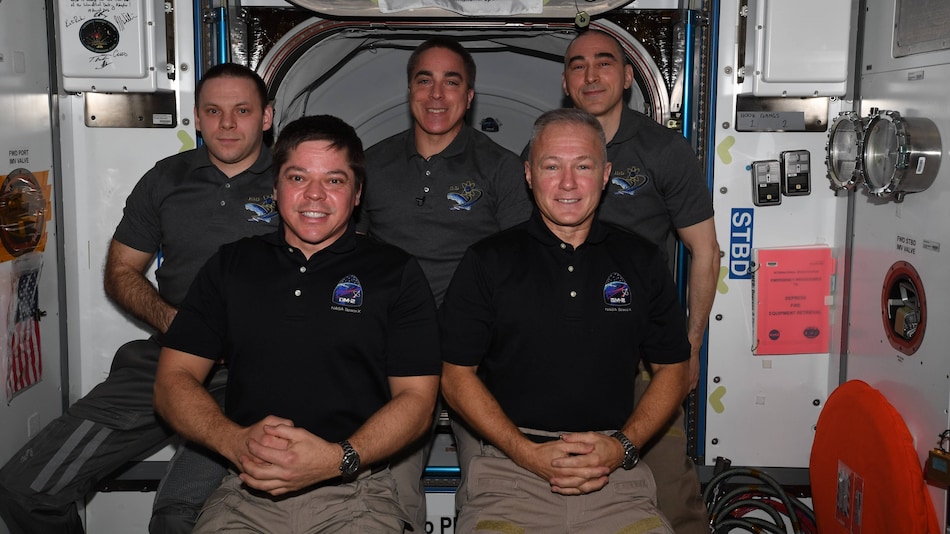 The SpaceX Crew Dragon spacecraft shoved off from the International Space Station on Saturday with two US astronauts on board, beginning their journey back to Earth despite a storm threatening Florida. NASA footage showed the capsule drifting slowly away from the ISS in the darkness of space, ending a two month stay for the first US astronauts to reach the orbiting lab on an American spacecraft in nearly a decade.

"And they are off!" the US space agency tweeted, with Doug Hurley and Bob Behnken set to splash down Sunday.

And they are off! @AstroBehnken and @Astro_Doug have left the @Space_Station!

"(They) will spend one more night in space prior to returning to their homeland, Earth," NASA tweeted.

Their proposed splash-down sites are off the coast of western Florida's panhandle, while tropical storm Isaias is headed toward the state's east coast.

NASA opted to go ahead with bringing the pair home despite the threat of Isaias, which was downgraded to a tropical storm from a hurricane on Saturday.

Confirmed: the @SpaceX Dragon Endeavour has exited the “approach ellipsoid” around the @Space_Station and is on a safe trajectory. pic.twitter.com/DKqPDZIMCV

The agency later added the capsule was confirmed to be "on a safe trajectory."

"Now is the entry, descent and splashdown phase after we undock, hopefully a little bit later today," Hurley said in a farewell ceremony aboard the ISS that was broadcast on NASA TV.

"The teams are working really hard, especially with the dynamics of the weather over the next few days around Florida," he said.

Earlier, during the ISS ceremony, Behnken said that "the hardest part was getting us launched. But the most important part is bringing us home."

"Good night from Endeavour." From the Dragon Endeavour spacecraft in orbit, @Astro_Doug thanks the @SpaceX team in Hawthorne before crew sleep time begins. On Sunday, Aug. 2, he & @AstroBehnken will wake up at 7:40am ET. Splashdown off the coast of Florida is at 2:48pm ET. pic.twitter.com/QjWqJ1eoIt

Addressing his son and Hurley's son, he held up a toy dinosaur that the children chose to send on the mission and said: "Tremor The Apatosaurus is headed home soon and he'll be with your dads."

Behnken later tweeted: "All my bags are packed, I'm ready to go."

Mission chief Chris Cassidy called it an "exciting day" and hailed the importance of having a new means to transport astronauts.

The mission, which blasted off May 30, marked the first time a crewed spaceship had launched into orbit from American soil since 2011 when the space shuttle program ended.

It was also the first time a private company has flown to the ISS carrying astronauts.

The US has paid SpaceX and aerospace giant Boeing a total of about $7 billion for their "space taxi" contracts.

But Boeing's program has floundered badly after a failed test run late last year, which left SpaceX, a company founded only in 2002, as clear frontrunner.

For the past nine years, US astronauts traveled exclusively on Russian Soyuz rockets, for a price of around $80 million per seat.

TikTok Ban: ByteDance Said to Forgo Stake in TikTok to Clinch US Deal
Microsoft Confirms Talks to Buy US Arm of TikTok After Discussion With President Donald Trump