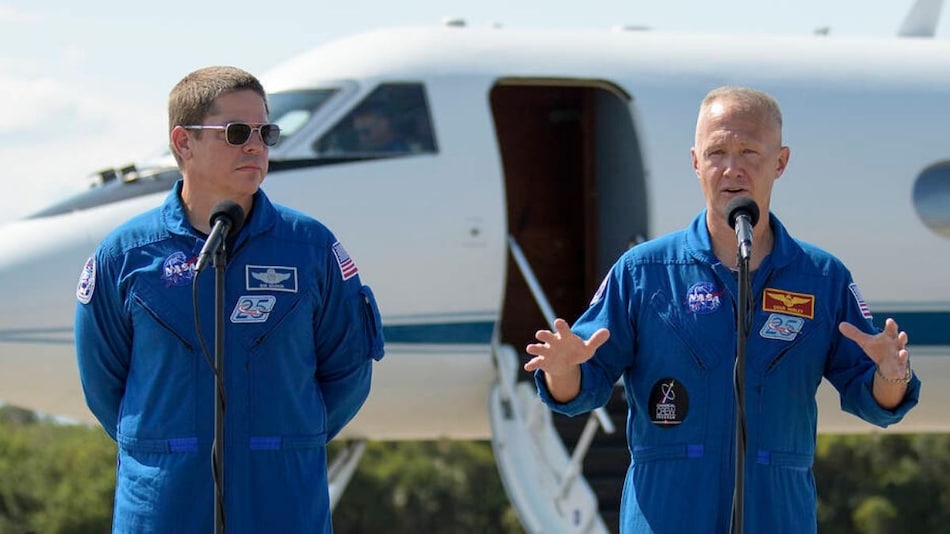 The capsule will be crewed by Robert Behnken, 49, and Douglas Hurley, 53

Aside from a threat of bad weather, NASA and SpaceX confirmed Monday that everything is all-systems-go for their upcoming rocket launch with two American astronauts. Scheduled for Wednesday, the launch to the International Space Station will be the first US crewed space launch in nine years.

"NASA and @SpaceX officials have given the 'go' for the launch on a mission that will return human spaceflight to the US," NASA tweeted, after another day of launch readiness review meetings, according to the space agency's strict protocol for manned flights.

:rocket: NASA and @SpaceX officials have given the “go” for the launch on a mission that will return human spaceflight to the U.S.

Tune in to https://t.co/vMxa9le9Ti starting at 6pm ET to hear from #LaunchAmerica mission experts. pic.twitter.com/PZWGZ3ExzE

A so-called static fire test and a dress rehearsal for the astronauts in their spacesuits went well on Friday and Saturday, officials said.

"Now the only thing we need to do is figure out how to control the weather," said Kathy Lueders, the manager of NASA's Commercial Crew Program, during a briefing at the Kennedy Space Center in Florida.

Falcon 9 and Crew Dragon will lift off from Launch Complex 39A – the same place Saturn V launched humanity to the Moon and from where the first and final Space Shuttle missions lifted off pic.twitter.com/wOSsbCRqi7

The capsule will be crewed by Robert Behnken, 49, and Douglas Hurley, 53, both veteran space travellers.

The weather forecast remains unfavourable, with a 60 percent chance of bad conditions, according to Cape Canaveral forecasters.

The next launch window would be Saturday, May 30.

But Mike McAleenan, a forecaster at the Cape Canaveral military base, said there is "some hope" for Wednesday: Florida weather has been changing rapidly as of late. A new forecast will be released Tuesday.

A NASA spokesman, Joshua Finch, told AFP that the calculated "loss of crew" probability for the mission is one in 276, which is above the minimum threshold required by NASA -- one in 270.

Only two vessels, developed by Russian and American space agencies, have docked at the ISS since the beginning of its assembly in 1998.

In 2014, NASA awarded contracts to two private companies: industry giant Boeing and the then-young SpaceX, founded by 30-year-old South African Elon Musk, who made his fortune in Silicon Valley with the startup PayPal.

The contract was to design and build capsules that would take over from the American space shuttles, which were shut down in 2011 after 30 years of service.

Since then, Russia has had the only rocket in the world capable of sending astronauts to the ISS -- the Soyuz -- and the US has paid Russia for seats on it.

This dependence will end once NASA certifies either Crew Dragon or Boeing's Starliner as safe.