Saturday's launch by SpaceX represented another milestone for the reusable rockets it pioneered to make spaceflight less costly and more frequent. 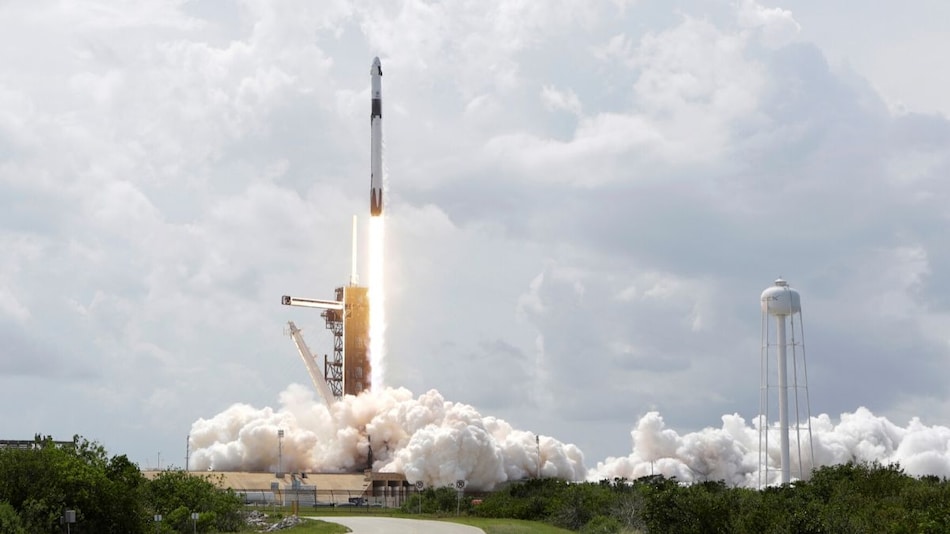 Nearly 24 hours after launching from Florida, SpaceX's Crew Dragon capsule delivered NASA astronauts Bob Behnken and Doug Hurley to the International Space Station on Sunday, marking the first US space capsule to do so with a crew since 2011. The space station's current crew welcomed them aboard with hugs and handshakes on schedule at 1:25pm EDT (10:55pm IST), after executing a critical spacecraft docking milestone and kicking off the crew's potentially months-long stay in the orbital laboratory.

Applause could be heard from the station's downlink to mission control in Houston, Texas as Behnken, 49, and Hurley 53, became the first American astronauts launched to the station from US soil in nearly a decade.

"I will tell you, the whole world saw this mission, and we are so, so proud for everything you have done for our country and in fact to inspire the world," NASA administrator Jim Bridenstine said on a phone line through mission control.

"It's great to get the United States back in the crewed launch business, and we're just really glad to be on board this magnificent complex," Hurley said.

Saturday's launch by SpaceX, the private rocket company of billionaire entrepreneur Elon Musk, represented another milestone for the reusable rockets it pioneered to make spaceflight less costly and more frequent.

It also marked the first time that commercially developed space vehicles - owned and operated by a private entity rather than NASA - have carried Americans into orbit.

Behnken said he and Hurley were able to get a few hours' sleep during their 19-hour orbital journey, telling the administrator that "the first night is always a little bit of a challenge, but the Dragon is a slick vehicle and we had good airflow so we had an excellent evening."

A SpaceX Falcon 9 rocket lifted off from the Kennedy Space Center at 3:22 pm EDT on Saturday (12:52 am IST on Sunday) for the journey to the space station. Just before lift-off, Hurley said, "SpaceX, we're go for launch. Let's light this candle," paraphrasing the famous comment uttered on the launch pad in 1961 by Alan Shepard, the first American flown into space.

The Falcon 9 took off from the same launch pad used by NASA's final space shuttle flight, piloted by Hurley, in 2011. Since then, NASA astronauts have had to hitch rides into orbit aboard Russia's Soyuz spacecraft.

NASA last sent astronauts into space on a brand new vehicle 40 years ago at the start of the space shuttle program.

Boeing, which is producing its own launch system in competition with SpaceX, is expected to fly its CST-100 Starliner vehicle with astronauts aboard for the first time next year. NASA has awarded nearly $8 billion (roughly Rs. 60, 228 crores) combined to SpaceX and Boeing for development of their rival rockets.

Musk, the South African-born high-tech entrepreneur who made his fortune in Silicon Valley, is also chief executive of electric carmaker and battery manufacturer Tesla.