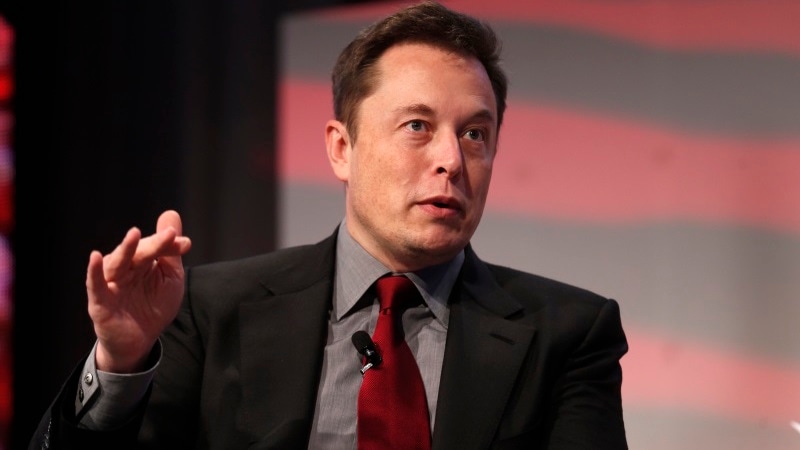 After a week of public silence, Musk said via Twitter that the company is still investigating the accident, its second in just 15 months.

A massive fireball erupted during a prelaunch test September 1 at the company's main launch pad at Cape Canaveral Air Force Station. The Falcon rocket and a satellite were destroyed, and the pad was damaged. Ground crews were fueling the Falcon for a brief test-firing of its engines, two days before its scheduled liftoff.

(Also see: When a Commercial Rocket Blows Up, Who Pays?)

The blast rocked the launch pad - which had been cleared of workers for the test-firing - and shook buildings several miles away at Nasa's neighboring Kennedy Space Center. The sound of explosions continued for several minutes and black smoke billowed into the morning sky.

Particularly puzzling, according to Musk, is "the quieter bang" heard a few seconds before what he is calling a fireball, not an explosion. He said the bang may have come from the rocket or something else.

"Important to note that this happened during a routine filling operation," he said in a tweet. "Engines were not on and there was no apparent heat source."

In the immediate aftermath, Musk said the trouble appeared to originate around the upper stage's oxygen tank. He made no mention of that in his tweets posted early Friday.

When pressed for further information Friday, the California-based SpaceX said there was nothing new to share for now.

"We are continuing to thoroughly investigate last week's loss of Falcon 9, with support from the FAA, Nasa, the US Air Force and industry experts," SpaceX spokesman Dex Torricke-Barton said in an email Friday. "Our priority is to safely and reliably return to flight."

The core investigation team consists of about 20 people, more than half of them representing federal agencies and industry. SpaceX's vice president for flight reliability, Hans Koenigsmann, is heading it up.

SpaceX is urging anyone with audio, photos or video of the accident to send the material to report@spacex.com for use in the investigation.

"Still working on the Falcon fireball investigation," Musk said on Twitter. "Turning out to be the most difficult and complex failure we have ever had in 14 years."

A co-founder of PayPal, the 45-year-old Musk also runs Tesla Motors, the electric car maker, and is chairman of SolarCity, a solar energy company.

His private space company had been on a roll, with eight launches already accomplished in 2016, two of them space station supply runs for Nasa. The company had also, last December, pulled off the world's first landing of a booster rocket used in an orbital mission, and had been repeating the success. It was planning to use a recycled rocket for an upcoming satellite launch.

SpaceX was attempting to catch up on launches following an accident in June 2015 that grounded the Falcon 9 rocket for six months. That accident, two minutes into a delivery mission for the International Space Station, was blamed on a support strut that broke loose inside the upper stage. The issue was said to have been fixed.

Now, with more than 70 launches in the wings worth $10 billion, SpaceX said it can rely on its two other launch pads if necessary, one at Kennedy and one in California, once the Falcon rocket is ready to fly again. Both pads are undergoing construction and should be ready soon.

Facebook had planned to use the lost satellite - an Israeli-made communications satellite - to expand internet service in Africa.

For now, Nasa isn't saying much publicly about the SpaceX mishap. Nasa is counting on SpaceX and Boeing to start ferrying astronauts to the space station; even before SpaceX's September 1 accident, next year's targeted launch date had been in jeopardy.

"Clearly this incident is a setback for SpaceX," said Dale Skran, the National Space Society's executive vice president. At the same time, he noted in a statement earlier this week that Nasa was wise to hire multiple companies for cargo and crew transport, not only from a competitive standpoint but for backup.

At the time of the explosion, Nasa's Osiris-Rex spacecraft was just a mile away, awaiting its own launch to chase down an asteroid. Both Nasa and rocket maker United Launch Alliance conducted extra checks to make certain nothing was damaged by the blast before Thursday's successful liftoff.

Nasa launch director Tim Dunn was sympathetic and earlier in the week praised SpaceX's resilience. "It's nothing that any of us ever want to see," he said. "However, it is part of our business that has very harsh consequences."