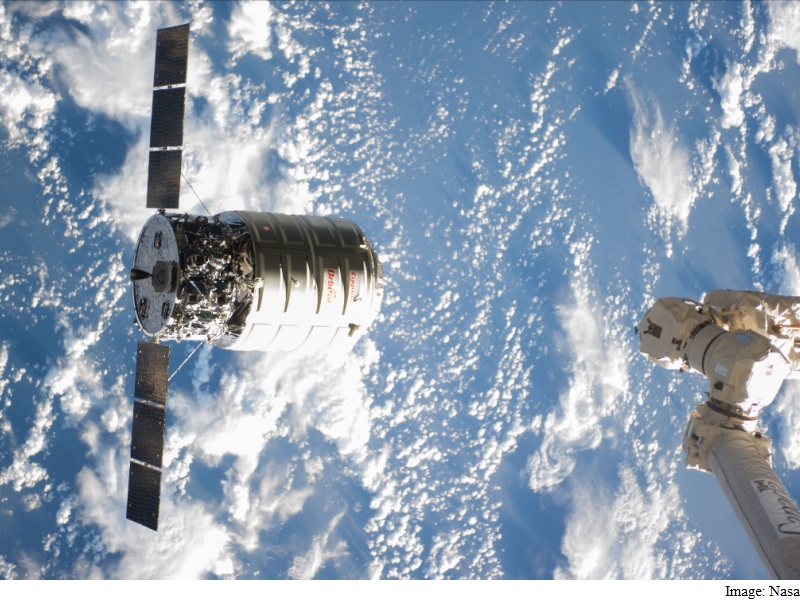 It's raining space junk in Spain.

Rocket fuel tanks, chunks of satellites or something else entirely... In just over one week, three mysterious objects have fallen from the sky onto the country's southeast, prompting bomb disposal agents and experts in hazmat suits to rush over as puzzled locals looked on.

First up a strange black beehive-like ball was found in Mula, a town in the region of Murcia last week.

Then at the weekend, a similar-looking, smaller object was discovered in Calasparra, just 30 kilometres (19 miles) away in the same region.

"In the early morning of the day when the first object was found, witnesses said they saw between six and seven balls of fire falling from the sky," Maria Jose Gomariz, spokeswoman for Calasparra town hall, said Thursday.

"Maybe there were just two balls of fire and it looked like there were more... or some may have fallen in areas where no one goes."

The discoveries sparked a stir, prompting special agents to rush over and inspect the objects, but in both cases, police determined there was no radioactivity and no danger to human health.

The mysterious space junk was transported to the city of Cartagena where there is a national vocational training centre that specialises in chemistry.

"They could be auxiliary fuel tanks belonging to a rocket," said a source at Murcia's Guardia Civil, the police force that was called to the scene.

Celestial garbage
A third object was discovered on Tuesday in Elda in the neighbouring region of Valencia, where a farmer found a long, metal-like object in his field and called the police.

This time, special agents turned up but after determining the item did not present any danger, they took it to the police station in nearby Alicante.

"It looks like a piece from an aerospace vehicle, but not a commercial plane. It could be a piece of satellite or something similar," a spokesman for Alicante police told AFP.

According to Nasa, more than 500,000 pieces of debris are currently orbiting Earth, and bits of space junk plummet to our planet every year.

"Houston, we have a problem," quipped an editorial in Spain's El Pais daily.

"Some measures may have been taken to tackle the problem, but we're far from a solution," it said.

"Not only is it expensive, but it's also difficult to devise a garbage collection system to go sweep in space."
Comments