Soon, Robots to Get Better at Identifying Objects 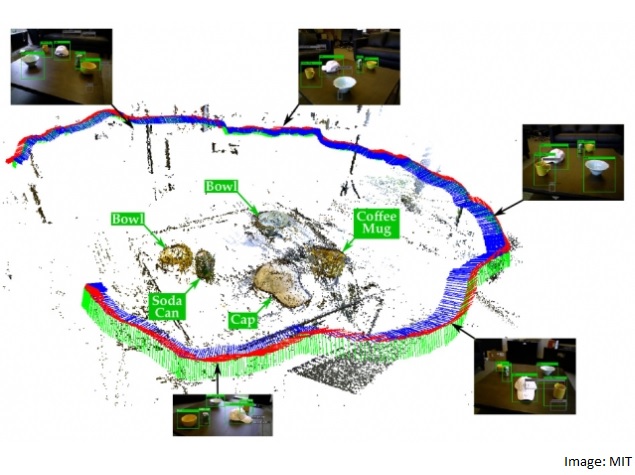 MIT scientists, including one of Indian-origin, have developed improved object-recognition systems which could help future robots manipulate objects around them.

The researchers at the Massachusetts Institute of Technology's Department of Mechanical Engineering specialises in SLAM, or simultaneous localisation and mapping, the technique whereby mobile autonomous robots map their environments and determine their locations.

Since the system can fuse information captured from different camera angles, it fares much better than object-recognition systems trying to identify objects in still images.

According to first author Sudeep Pillai, a graduate student in computer science and engineering at MIT, new object-recognition systems first try to identify the boundaries between objects.

On the basis of a preliminary analysis of colour transitions, they divide an image into rectangular regions that probably contain objects of some sort. Then they run a recognition algorithm on just the pixels inside each rectangle.

A classical object-recognition system may have to redraw those rectangles thousands of times. From some perspectives, two objects standing next to each other might look like one, particularly if they're similarly coloured. Since a SLAM map is three-dimensional distinguishing objects better than single-perspective analysis.

The system devised by Pillai and John Leonard, a professor of mechanical and ocean engineering, uses the SLAM map to guide the segmentation of images captured by its camera before feeding them to the object-recognition algorithm. The SLAM data let the system correlate the segmentation of images captured from different perspectives. Analysing image segments that likely depict the same objects from different angles improves the system's performance. Pillai is now investigating whether object detection can similarly aid SLAM. One of the central challenges in SLAM is what roboticists call "loop closure."

As a robot builds a map of its environment, it may find itself somewhere it's already been - entering a room, say, from a different door, researchers said. The robot needs to be able to recognise previously visited locations, so that it can fuse mapping data acquired from different perspectives. Object recognition could help with that problem.

OnePlus 2 Smartphone: Everything We Know So Far About the '2016 Flagship Killer'
Nasa Looking to 'Windbots' to Explore Jupiter, Saturn