The spacecraft snapped the images in late May using the probe's Extreme Ultraviolet Imager as it orbited nearly 48 million miles (77 million km) from the sun's surface, or roughly halfway between the Sun and Earth. 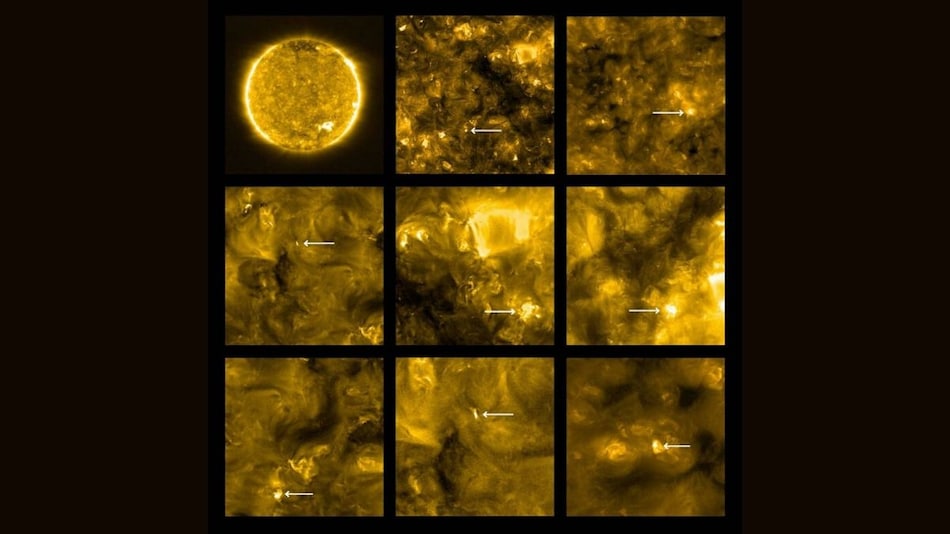 A solar probe built by the European Space Agency and NASA has delivered the closest photos ever taken of the Sun's surface, revealing a landscape rife with thousands of tiny solar flares that scientists dubbed "campfires" and offering clues about the extreme heat of the outermost part of its atmosphere.

"When the first images came in, my first thought was, 'This is not possible - it can't be that good,'" David Berghmans, principal investigator for the Solar Orbiter spacecraft's ultraviolet imager at the Royal Observatory of Belgium, told reporters on Thursday.

Images of the Sun taken by the Solar Orbiter
Photo Credit: NASA

The spacecraft, launched from Florida in February, snapped the images in late May using the probe's Extreme Ultraviolet Imager as it orbited nearly 48 million miles (77 million km) from the Sun's surface, or roughly halfway between the Sun and Earth.

The "campfires" are believed to be tiny explosions, called nanoflares, and could explain why the Sun's outer shield, the corona, is 300 times hotter than the star's surface. Scientists are awaiting more data from the spacecraft's other instruments to know for sure.

"We've never been closer to the Sun with a camera, and this is just the beginning of the long epic journey of Solar Orbiter," said Daniel Müller, ESA's Solar Orbiter project scientist.

Scientists typically have relied upon Earth-based telescopes for closeups of the Sun's surface. But Earth's atmosphere limits the amount of visible light needed to glean views as intimate as those obtained by the Solar Orbiter.

Images of the Sun taken by the Solar Orbiter
Photo Credit: NASA

"That combination really allows us to make links and connections to what's happening on the Sun and what's happening at the spacecraft," said Holly Gilbert, Solar Orbiter project scientist at NASA.

Solar Orbiter's primary mission of examining the Sun's polar regions will help researchers understand the origins of the solar wind, charged particles that blast through our solar system and affect satellites and electronics on Earth.