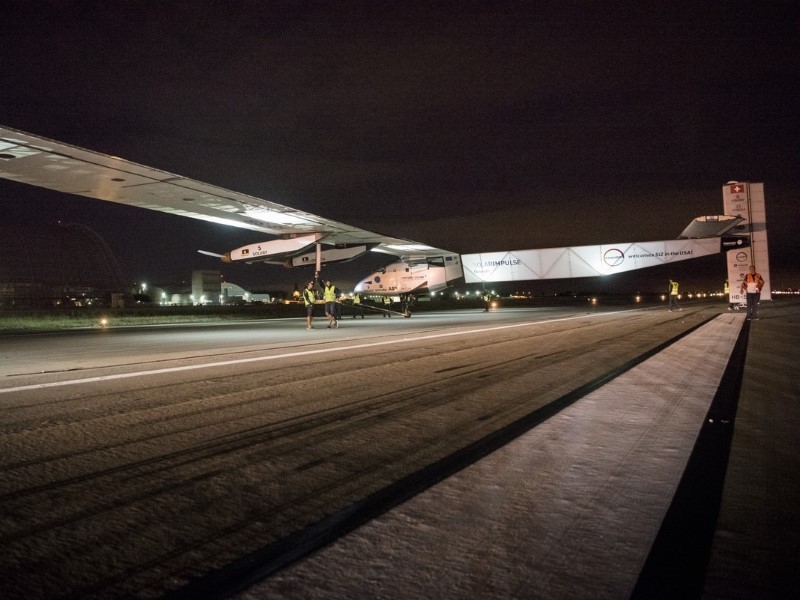 Solar Impulse 2, an experimental aircraft flying around the world to draw attention to clean energy technologies, is to take flight again on Monday, organizers said.

Pilot Andre Borschberg will take off at 12:00am GMT (5:00am PT or 5:30am IST) taking advantage of a "clear weather window" for him to fly from the Mojave Desert to Phoenix Goodyear Airport in Arizona - an effort that should take about 16 hours, they said.

The plane has been in California for a week since crossing the Pacific to land in Mountain View. Swiss adventurer Bertrand Piccard piloted the craft from Hawaii to California.

Piccard, who has been alternating the long solo flights with teammate Borschberg, has handed over to his teammate who will pilot Solar Impulse across the United States and to New York.

The mission aims to promote the use of renewable energy, with an aircraft powered by 17,000 solar cells.

The plane's wingspan is wider than that of a jumbo jet but its weight is roughly the same as a family car.

Solar Impulse 2 was grounded in July last year when its batteries suffered problems halfway through its 21,700-mile (35,000-kilometer) circumnavigation.

The crew took several months to repair the damage from high tropical temperatures during the first Pacific stage, a 4,000-mile flight between Japan and Hawaii.

The aircraft was flown on that leg by Borschberg, whose 118-hour journey smashed the previous record of 76 hours and 45 minutes set by US adventurer Steve Fossett in 2006.

Born in Zurich, Borschberg is no stranger to adventure - 15 years ago he narrowly escaped an avalanche, and then in 2013 he was involved in a helicopter crash that left him with minor injuries.

The 63-year-old took catnaps of only 20 minutes at a time to maintain control of the pioneering plane during his arduous flight from Japan, in what his team described as "difficult" conditions.

The Pacific crossing was the most dangerous due to a lack of landing sites in the event of an emergency.

The solar-powered plane, which stores energy in batteries for when the sun is not shining, will stop in New York before a transatlantic flight to Europe. From there the pilots plan to make their way back to the point of departure in Abu Dhabi.