'Smart Cap' Can Detect if Milk Is Fresh 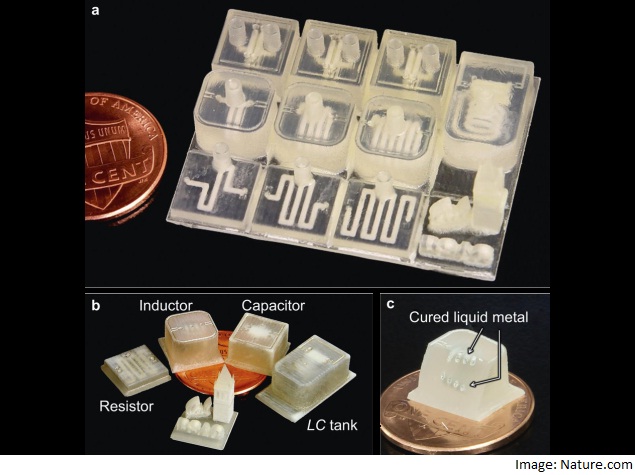 A new 3D printed "smart cap" can now help you know if the milk delivered to you is fresh or not, says a study.

The 3D printed cap for a milk carton, which has wireless electronic sensors embedded in it, can detect signs of spoilage in the milk. The new technology is a step in the direction when you can check your food using your smartphone, researchers said.

The findings were described in a new open-access journal Microsystems & Nanoengineering from the Nature Publishing Group.

"Our paper describes the first demonstration of 3D printing for working basic electrical components, as well as a working wireless sensor," said senior author professor Liwei Lin, from the University of California Berkeley.

"You could imagine a scenario where you can use your mobilephone to check the freshness of food while it's still on the store shelves," he added.

The researchers integrated the electronic components into a plastic milk carton cap to monitor signs of spoilage. The "smart cap" was fitted with a capacitor and an inductor to form a resonant circuit.

A quick flip of the carton allowed a bit of milk to get trapped in the cap's capacitor gap, and the entire carton was then left unopened at room temperature for 36 hours.

The circuit could detect the changes in electrical signals that accompany increased levels of bacteria. The researchers periodically monitored the changes with a wireless radio-frequency probe at the start of the experiment and every 12 hours thereafter, up to 36 hours.

The property of milk changes gradually as it degrades, leading to variations in its electrical characteristics. Those changes were detected wirelessly using the smart cap, which found that the peak vibration frequency of the room temperature milk dropped by 4.3 percent after 36 hours.

In comparison, a carton of milk kept in refrigeration saw a relatively minor 0.12 percent shift in frequency over the same time period.