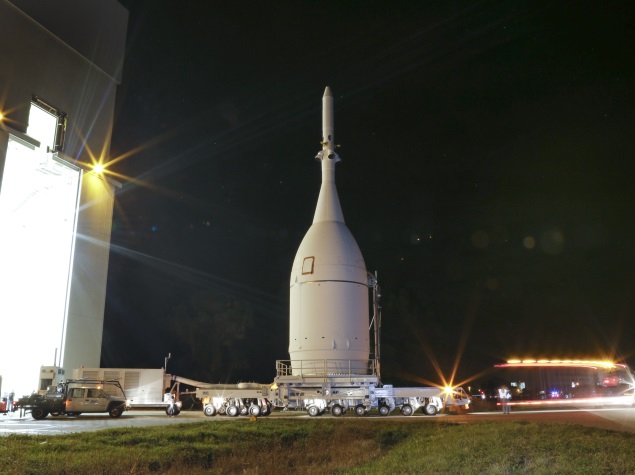 Indian-origin researchers have developed a process to turn human waste into biogas that could fuel rockets to ferry astronauts back to Earth.

"The idea was to see whether we could make enough fuel to launch rockets and not carry all the fuel and its weight from Earth for the return journey," said Pratap Pullammanappallil, associate professor at University of Florida.

"Methane can be used to fuel the rockets. Enough methane can be produced to come back from the moon," Pullammanappallil added.

The study led to the creation of an anaerobic digester process, which kills pathogens from human waste, and produces biogas - a mixture of methane and carbon dioxide by breaking down organic matter in waste.

Pullammanappallil and then-graduate student Abhishek Dhoble, now a doctoral student at the University of Illinois, ran laboratory tests to find out how much methane could be produced from the waste and how quickly.

"The process could produce 290 liters of methane per crew per day, all produced in a week," he pointed out.

In earth-bound applications, that fuel could be used for heating, electricity generation or transportation.

"It could be used on campus or around town, or anywhere, to convert waste into fuel," he added.

The digestion process also would produce about 200 gallons of non-potable water annually from all the waste.

The study was published in the journal Advances in Space Research.

China's Internet Giants in Tit-for-Tat Battle for Users
The Human Brain Can Distinguish Between Virtual and Real: Study