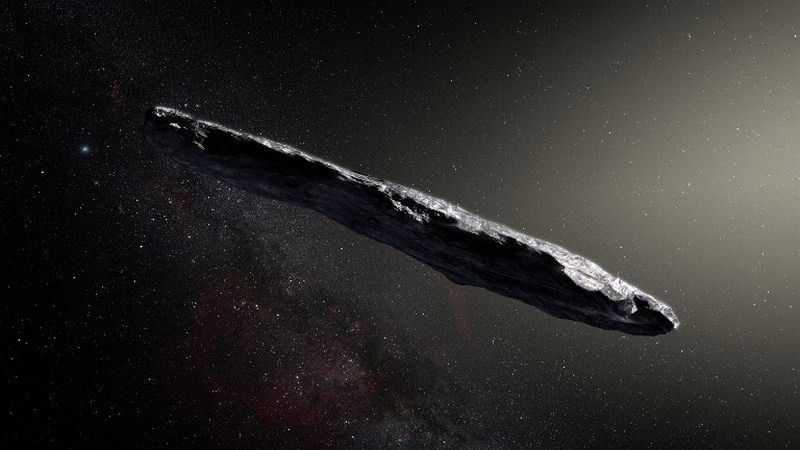 A scientific paper led by two researchers at Harvard University made a splash this week by claiming that a cigar-shaped rock zooming through our solar system may have been sent by aliens.

The researchers noted in a pre-print of the article that it was an "exotic scenario," but that "Oumuamua may be a fully operational probe sent intentionally to Earth vicinity by an alien civilization."

Oumuamua, the first interstellar object known to enter our solar system, accelerated faster away from the Sun than expected, hence the notion that some kind of artificial sail that runs on sunlight - known as a light sail - may have helped push it through space.

"Currently there is an unexplained phenomena, namely, the excess acceleration of Oumuamua, which we show may be explained by the force of radiation pressure from the sun," co-author and Harvard astrophysicist Shmuel Bialy told AFP via email Tuesday.

"However this requires the body to have a very large surface and be very thin, which is not encountered in nature."

Their suggestion of an alien force at work went viral.

But other astronomy experts aren't buying it.

"Like most scientists, I would love there to be convincing evidence of alien life, but this isn't it," said Alan Fitzsimmons, an astrophysicist at Queens University, Belfast.

"It has already been shown that its observed characteristics are consistent with a comet-like body ejected from another star system," he told AFP.

"And some of the arguments in this study are based on numbers with large uncertainties."

"The thing you have to understand is: scientists are perfectly happy to publish an outlandish idea if it has even the tiniest sliver of a chance of not being wrong," she wrote on Twitter.

"But until every other possibility has been exhausted dozen times over, even the authors probably don't believe it."

Asked if he believed the hypothesis he put forward, Bialy told AFP:

"I wouldn't say I 'believe' it is sent by aliens, as I am a scientist, and not a believer, I rely on evidence to put forward possible physical explanation for observed phenomena."

The other co-author, Avi Loeb, chairman of Harvard's astronomy department, told NBC News humanity may never know more about the mysterious object, since it has traveled far away and isn't heading back.

"It is impossible to guess the purpose behind Oumuamua without more data," Loeb was quoted as saying.

Their paper was accepted for publication in the Astrophysical Journal Letters, and will appear on November 12.

Oumuamua, Hawaiian for "messenger" or "scout," was first viewed by telescopes in October 2017.