The asteroids, in the past, have been studied after they have entered Earth's atmosphere, which tends to alter the chemical composition of the sample. 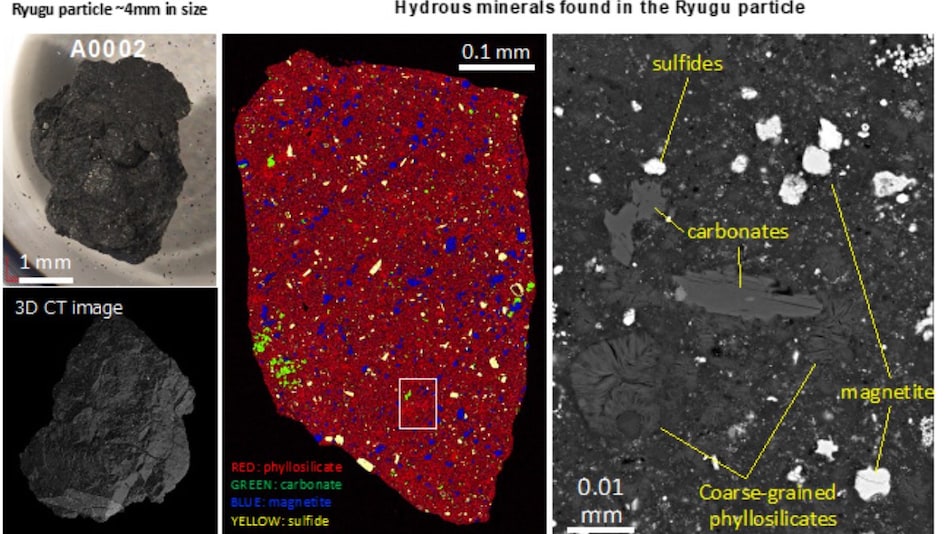 The origin of Ryugu was deduced by researchers studying nitrogen, hydrogen components found in the sample

The samples from the Ryugu asteroid brought back by Hayabusa-2, an exploration spacecraft sent by the Japanese Aerospace Exploration Agency, could be the most contaminant-free rocks from outer space ever examined by humans. In an in-depth analysis conducted by a team of Japanese researchers at JAMSTEC (Japan Agency for Marine-Earth Science and Technology), it is found that the samples brought on Earth in December 2020 by the Japanese aircraft are the most “uncontaminated” samples.

This will help scientists get a crystal-clear insight into the chemistry of the particles incorporated in asteroid Ryugu. The study was published in Nature.

Our solar system has a 4.6-billion-long history. And, a lot of transformations have been witnessed in this ever-expanding universe ever since the asteroids and comets flying around in outer space act as time capsules. These space rocks contain traces of the chemistry of the early solar system.

These asteroids, in the past, have been studied only after they have entered the Earth's atmosphere, which tends to alter the chemical composition of the sample. Further delay in collecting the samples tends to make more changes. This transformation is termed terrestrial weathering. The samples, collected by Hayabusa-2, are free from terrestrial weathering and other contaminants.

“The material from which asteroid Ryugu formed originated in the outer solar system, and while it experienced significant aqueous alteration on its parent asteroid, it has never been significantly heated and so retains its primitive characteristics,” researchers, elaborating on the sample analysis, said in a statement.

The origin of Ryugu, from the outer solar system, was deduced by researchers studying the nitrogen and hydrogen components found in the sample. The isotopic composition of nitrogen and hydrogen of the Ryugu particles was compared to various other extra-terrestrial materials. The data that came out suggested that the Ryugu particles were formed in the outer solar system.

The asteroid also shows “first-of-its-kind” evidence of water-mineral-organics interaction on an asteroid. This makes the asteroid one of the potential sources of organics and water to the inner solar system, including our planet Earth.