The Arctic holds huge oil and gas reserves that are being eyed by Russia and other countries. 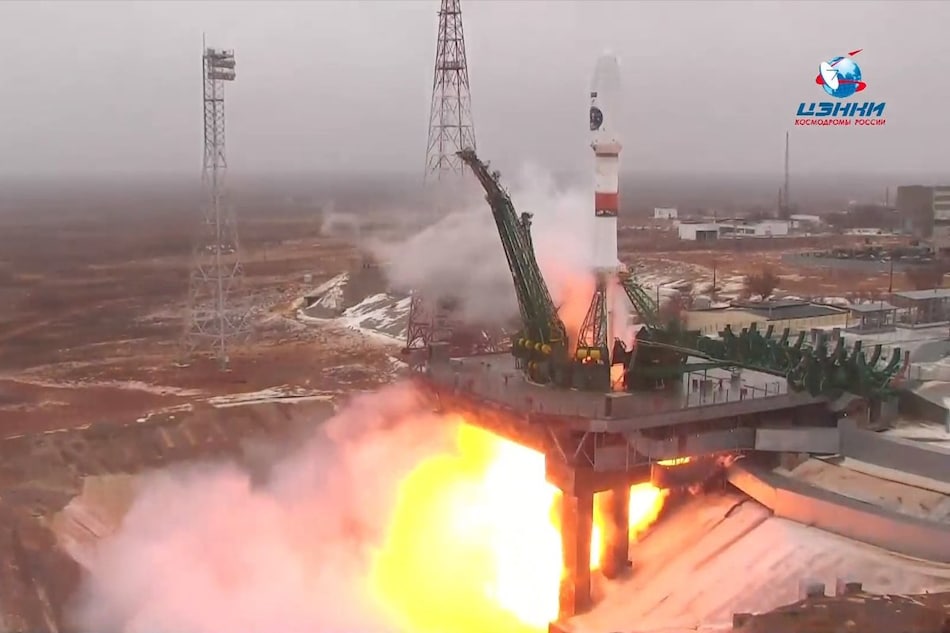 Soyuz-2.1b launch vehicle with a Fregat upper stage and new spacecraft for assessing the Arctic climate

A Soyuz rocket blasted off from the Baikonur cosmodrome in Kazakhstan on Sunday carrying Russia's first satellite for monitoring the Arctic's climate, the Roscosmos space agency said.

Space agency chief Dmitry Rogozin wrote on Twitter later that communication with the satellite had been established.

The monitoring system will need at least two satellites to operate properly, the space agency said.

"As part of the system, they will provide round-the-clock all-weather monitoring of the Earth's surface and the seas of the Arctic Ocean," it added.

Economic exploitation of the Arctic is one of Russian President Vladimir Putin's key goals.

The Arctic holds huge oil and gas reserves that are being eyed by Russia and other countries including the United States, Canada, and Norway.

UK scientists last month reported ice was disappearing across the world at a rate that matched "worst-case climate warming scenarios".

The team from the universities of Edinburgh and Leeds and University College London found that some of the largest losses in the last three decades were from Arctic Sea ice.